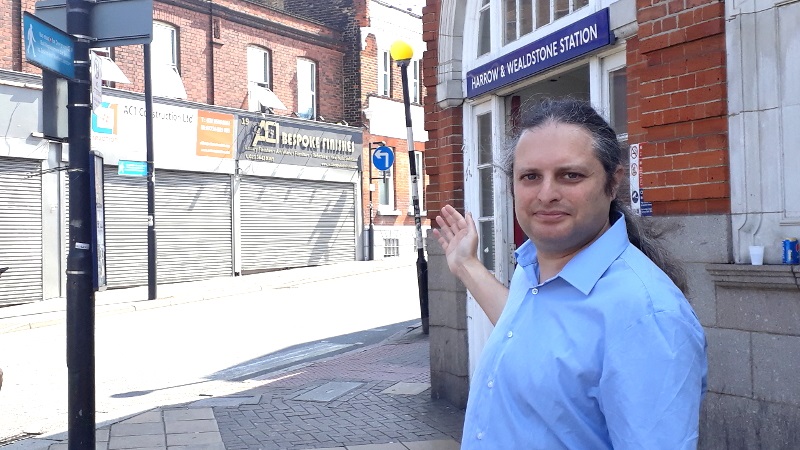 Adam Bernard is a local campaigner in Harrow. Born and brought up in Edgware, and now living in Harrow, he is committed to and proud of the area, which has a long history of welcoming people from so many communities.

Until last year, Adam worked at Queen Mary University of London, undertaking research at the interface of computer science, medicine, and linguistics. Previously he has worked on patient safety in hospitals, and in a large international project looking at the genetic causes of heart disease. He is currently a freelance software engineer.

Outside of politics he enjoys drawing, calligraphy, pickling vegetables, and going walking with friends. He is also a regular gardening volunteer at Canons Park.

Adam has been a Liberal Democrat since 1997, and passionately believes that the role of government must be to empower and support each individual to lead the life they want. As a scientist, he supports efforts to increase evidence-based policy making and would like to see more MPs with scientific and technological backgrounds in Parliament. Working in such an international field has also made him realise how important it is that we continue to provide a warm welcome to people from other countries - from the EU, the Commonwealth, and the whole world.

If elected, Adam promises to work hard for everyone living in Harrow, whether they are eligible to vote or not and whatever their background. He understands the importance of having an MP who is responsive and approachable and happy to engage with the people they represent.