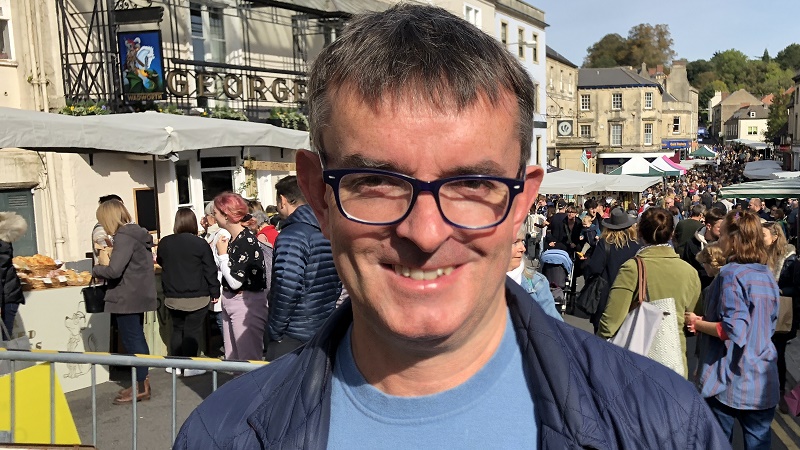 Adam Boyden was the first in his family to go to university, studying environmental sciences in Norwich, and then a masters at Oxford Brookes. While at university Adam worked as a care attendant, helping families cope with illness and disability. Now living in Frome with his family,

Adam’s work involves ensuring decision-makers and local communities are better informed about the environmental impacts of major developments. As a member of a professional steering group and former chair of an international association, Adam worked to improve standards and environmental protection.

Since 2011 Adam has won four local elections to be a Mendip District Councillor. He has served in the shadow Cabinet, a Cabinet assistant for climate change, and in several working groups and boards such as leisure and council assets. Adam is proud of leading campaigns to improve the local environment and community life – one resulted in several Changing Places disabled facilities being built in the district. Another led to more sympathetic treatment for people having difficulty paying Council Tax which won praise in Parliament. A campaign against cuts to children’s centres and services helped get a year’s reprieve, and Adam is currently fighting cuts to local fire services. He has lobbied against fracking, for action on climate change, and to devolve local parks to the town council which led to vast improvements for local residents.

Adam also takes an interest in sport, and has run 10k races in ‘challenging’ costumes to raise funds for local charities. He says, “As a local councillor for 8 years I have seen how politics can change lives for the better, if we do things the right way. As Parliamentary candidate I will work positively and proactively to listen to and stand up for local people, build alliances, and make a real difference on the issues that matter. I will campaign for a good society, to stop Brexit, end austerity, save the planet, and serve the people of Somerton & Frome to the best of my ability.”