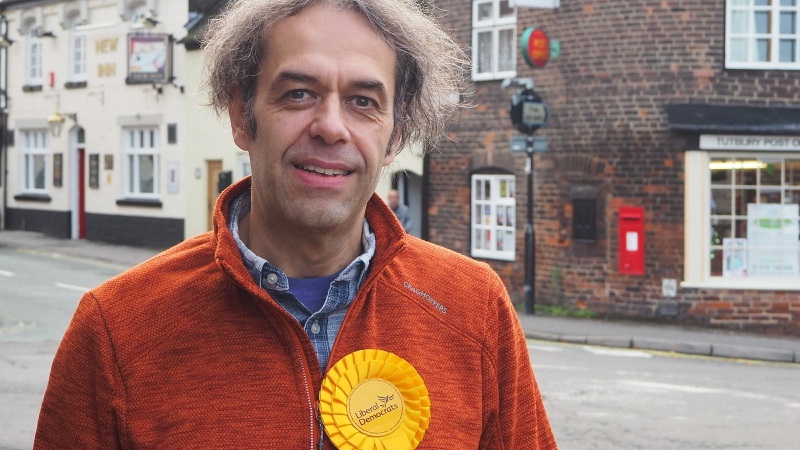 Adam was born in Burton hospital, grew up in the Burton area and has lived in Barton, Outwoods and Winshill. After University he moved a short distance into Derbyshire to be closer to work, where he remains to this day, but his roots remain in the Burton area and he feels privileged to be a candidate here and to have the chance to represent the people of Burton and Uttoxeter. He currently lives with his wife and their three children, two of whom are in the sixth form of their local state secondary school and the other attends a local sixth form college.

Adam works as an IT professional for a multinational company where he currently manages global software development for one of their divisions. In this role he works with people of many nationalities and appreciates the benefits of diversity and international collaboration. He understands the need to give our children a world class education, so our country continues to prosper in the global economy.

A passionate European, Adam campaigned hard for remain in the referendum. He believes the Conservative party will use Brexit to get rid of many of the workers' rights and environmental protections that we all take for granted in the EU. Their eagerness to sign a trade deal with the US also threatens the future of our cherished NHS and the quality and safety of our food. Adam fully supports the Liberal Democrats' policy on Brexit and the right of people to make the final decision on whether we remain or leave the EU.

Adam has been a committed liberal all his life. He believes that people should be free to live and express themselves as individuals without fear of discrimination, but that society also has a responsibility to promote fairness and to look after its most vulnerable members. He also recognises the climate crisis as the biggest threat to our continued wellbeing and fully supports the Liberal Democrats strong plans to put the UK at the forefront of global action.