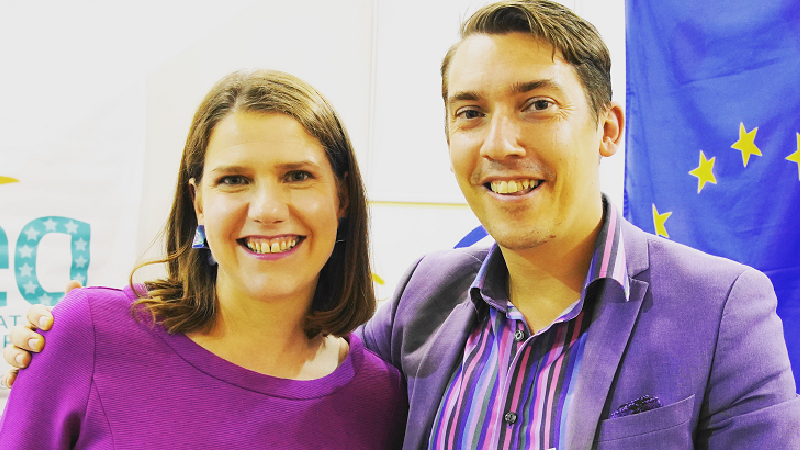 Adrian is standing again as our candidate for the Member of Parliament for Ipswich and is the clear choice for “remain” as the campaigner to #StopBrexit.

Since the 2017 election, he has worked for a third sector charity, enei (Employers Network for Equality and Inclusion) and leads the charity’s work to help global companies create a culture that welcomes everyone, whatever their background, into the workplace.

Alongside his liberal values, passion for inclusion, internationalism, human rights and refugee support, Adrian is especially committed to championing mental health, the environment and making sure that every child has the education and support they need to fulfil their potential.

His continued national recognition for leadership around LGBT+ rights, tackling stigma around HIV, suicide prevention and talking about his own mental health, whilst at the same time actively advocating policies around PrEP (Pre-exposure Prophylaxis), and campaigning for inclusive LGBT+ education in all schools is all part of his repertoire.

His five key priorities for Ipswich are to recruit and support more teachers; provide free childcare from 9 months; fix local mental health services; tackle the climate emergency and improve the air we breathe and celebrate our Town’s diversity and develop our sense of community.

Alongside his busy day job, political life, married to his husband Juha and lives in central London, he also works voluntarily in the House of Lords as Liberal Democrat’s Equality Advisor to Baroness Hussein-Ece, Liberal Democrat’s Lords Equality spokesperson, Independent Advisor to  the Metropolitan Police on LGBT+ issues and especially on hate crime, heavily involved in campaigning for LGBT+ inclusiveness in Sport and actively plays golf, football, and Powerlifting within LGBT+ sporting environs and chairs is TRA (Tenant & Resident Association) on his Peabody Estate so totally involved with his local community as well.