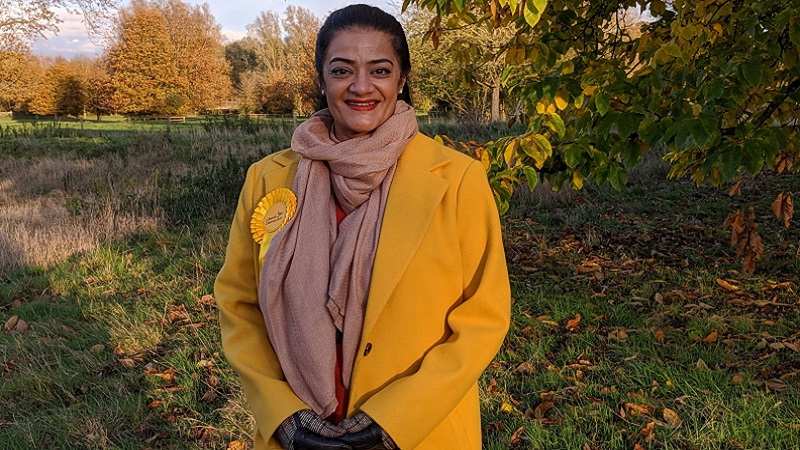 Aisha believes strongly in a progressive and outward looking United Kingdom that is at the heart of Europe. She joined the Lib Dems in 2013 and since then has stood twice as a Parliamentary candidate and has been an active party campaigner.

Aisha was born in Manchester but was raised and educated in Scotland. She worked in Finance for over 10 years and moved to England in 2017 to run her own business. During this time she also cared for her mother through a number of serious illnesses.

Aisha says: “I’m very honoured to be standing for Parliament for Milton Keynes North for the Liberal Democrats. I decided to put myself forward because I was fed up of how unrepresentative Parliament is of our country. We have suffered under a broken two party political system for far too long. The toxicity of the Brexit question has stifled and suffocated our country so we are not talking about the things that desperately matter in Milton Keynes North – affordable housing, education, the NHS, and the climate emergency. It is time to change our politics for the better, to change the dynamic and change the narrative. We must look to the future and work with our friends and partners across the globe. We must ensure our Parliament reflects our country and the Liberal Democrats are the only party that can do that. Milton Keynes North deserves a hard-working, proactive, visible MP to fight for them – that’s exactly what I will be."