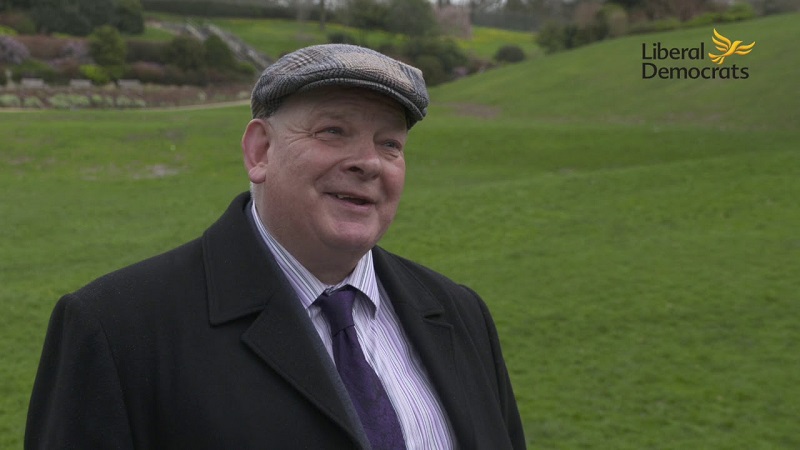 Alan is an effective political campaigner, strategic communicator, and experienced public speaker with varied audiences on a wide range of issues both local (food and farming), national (Brexit), and international (Sri Lanka and terrorist threats).

He has worked in the publishing industry for Informa and IHS Markit (Agra Europe) for over 20 years as a publisher of agribusiness reports and analyst on food and agricultural policy trends, including Brexit. He is also an NUJ qualified journalist.

He stood in the European elections in 2014 on the Lib Dem South-East list. He was also a Lib Dem Parliamentary candidate for Sevenoaks in 2017, 2015 and 2010. Also Hammersmith and Fulham (2005). He is now a Lib Dem Town Councillor for Southborough, part of Tunbridge Wells, and serves on the Planning Committee.

He has a strong campaigning and media communications profile. He successfully led the cross-party Referendum Campaign in 2016 in Tunbridge Wells to get a Remain vote, the only one in Kent. He also regularly gets letters and articles published in the local and national press and acts as Press and Media Officer for his local constituency in Tunbridge Wells.

He has a wide experience of both the party, policies, and communicating with the public both on the doorstep and at meetings. His strong knowledge of agriculture, food and rural issues would be a particular asset across the constituency, talking to farmers, food producers and processors, agricultural students, and green groups.

His wider media skills would also be vital to fighting an effective campaign. He has always lived in Kent and so knows the Medway area well. He also regularly speaks to sixth formers on Brexit and other contemporary issues.

His priorities for the people of Gillingham and Rainham are: