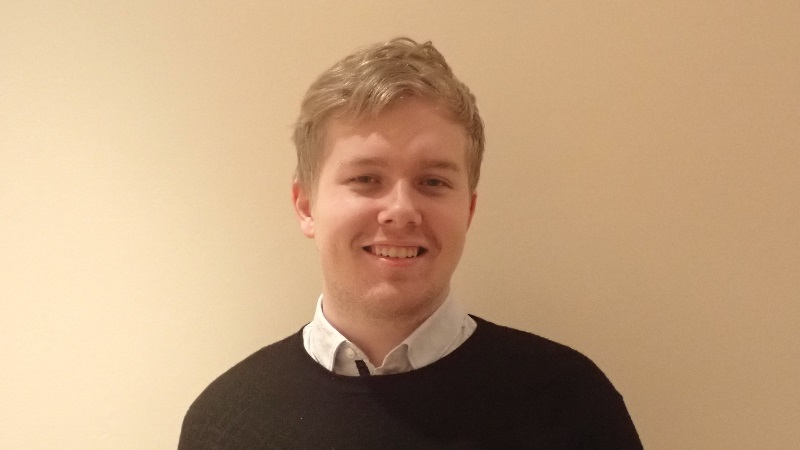 Andrew McGlynn is a long-term resident in East Renfrewshire. His mum, Suzanne, is a former radiographer who worked at the Queen Elizabeth Hospital, and his dad, James, works in IT. Andrew’s family has a history in the Liberal Movement. His distant cousin was the radical Edward McGlynn. On his maternal side, there were members of the Highland Land League.

He is a graduate from the University of Strathclyde in Accounting. Andrew joined the Liberal Democrats after the Brexit referendum, having become disillusioned with politics, and wanting to help make a change. Andrew quickly became involved in his local Liberal Democrat Association, becoming the social media officer and talking with various academics and community groups about East Renfrewshire.

He is also the Policy Officer for the Scottish Young Liberals. He has made campaigning for better mental health provisions for young people his chief concern. He is deeply concerned by the foul language and bigotry that has emerged in politics in recent years. Andrew is equally concerned about the divisions that polarise our society. He wants to help transform this nation towards growth and stability—where we can feel proud of being Scottish, British and European. He believes that the EU and UK are imperfect, but that we should not run away, and instead believes we should fight to make the EU and UK work.

The policies Andrew is promoting are:
• Stopping Brexit, and reinvesting the £50 billion we are likely to waste otherwise;
• Tackling the climate emergency by generation 80% of our electricity from renewables by 2030 and insulating all low-income homes by 2025;
• Reforming the UK tax code (the longest in the world), making it less complicated, clearer and fairer;
• Free Childcare from 9 months;
• And transforming mental health by treating it with the same urgency as physical health.