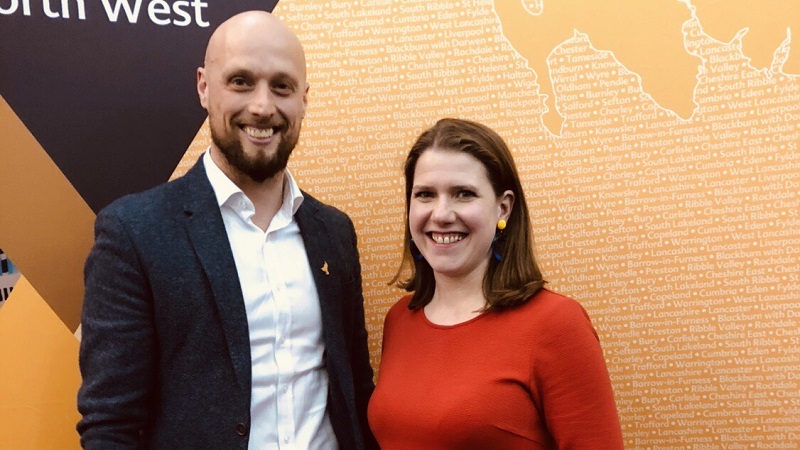 He has been a Liberal Democrat councillor for Oxton since May 2019, combining this work with a PhD in International Politics and running the pasta-making business he co-founded with his partner of 10 years, Paola.

Andy always says that he did not choose the Lib Dems, the Lib Dems chose him: their values aligning perfectly with his own.

He rejects the division, myth and blame culture of populist politicians, and is concerned how the political landscape has shifted in this country to the degree that the two largest parliamentary parties are currently adopting this simplistic rhetoric in an attempt to win votes.

The Liberal Democrats do not, and have never, tried to pretend that the world relies on simple solutions. Rather, embracing the complexity of the world, understanding that everyone is unique and calling out this ‘single-cause’ fallacy wherever it rears its ugly head.

Andy’s political hero is the late Sir Paddy Ashdown, and he was fortunate to work with the great man himself when he was secretary of the Durham Liberal. Paddy espoused optimism about the future and the ability of politics to bring about positive change.

Andy was a vocal Remainer and is proud to stand in a constituency that voted over 55% in favour of retaining our ties with the EU. He has benefitted tremendously from the European Union, not just in terms of national economics, but also culturally, and in the opportunities it has afforded him to travel, work and meet people across the continent.

Outside of politics Andy played field hockey all his life, until a hip-replacement forced his premature retirement. He can still shuffle around the tennis court, however. He is a regular at Anfield watching Liverpool FC, and enjoys the theatre and film, especially Alfred Hitchcock.