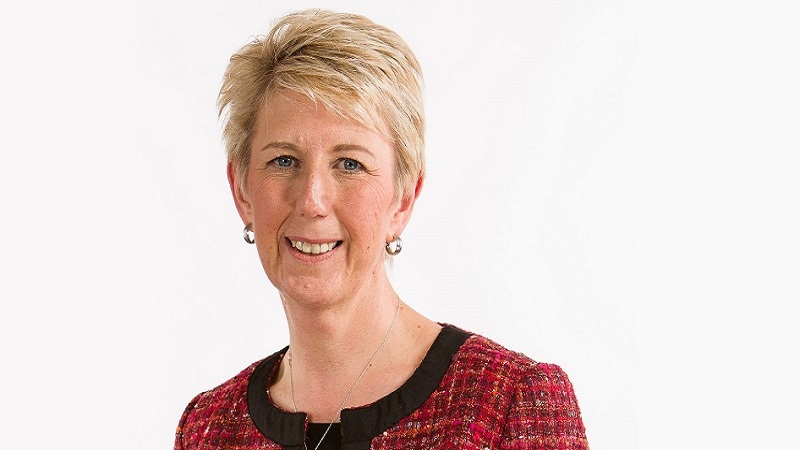 Angela was born in 1961 and spent her early years in Grimsby, her father being a Printer and former Fisherman. Her Grandfather was a former Mayor of the Town, and she is the eldest of 4 children. Angela attended Toll Bar Secondary School, which is located just outside Grimsby.
After studying at night school for her A Levels, she attended Nottingham University where she gained a 1st in English. She further spent time in Cambridge working towards a PhD, although she moved to Sheffield before completing her studies.

In Sheffield, she became a lecturer at Dearne Valley College teaching English to post 16-year-olds until leaving in 2003.
A member of the Labour Party since the age of 16, her first experience of politics was helping out in the General Election of 1979. Whilst at Cambridge she stood twice for election as a councillor, being unsuccessful on both occasions.

In the mid-1990’s she moved to Sheffield and again stood for Council taking Broomhill ward from the Conservatives. In 1998 she became Chair of Finance guiding the city through some very difficult years.
When Labour lost control of the city in 1999 she became the opposition spokesperson for Education, taking over as Cabinet Member for Education when Labour regained power in 2002. Under her leadership Sheffield became regarded as one of the leading Educational authorities in the country, piloting many government initiatives.

At the 2005 general election, she won the Sheffield Hillsborough parliamentary seat. From 2005 until 2008 she was the Parliamentary Private Secretary to Yvette Cooper at the Department of Communities and Local Government and the Treasury. In 2009 she joined the select committee for Transport. At the 2010 election, she was re-elected to Parliament as the member for the new constituency of Penistone & Stocksbridge.
After a spell as an opposition Whip, Angela was promoted to the front bench as the Shadow Deputy Leader of the House in October 2010. From April 2014 to September 2015, Angela was a Shadow Minister in Environment, Food and Rural Affairs. In February 2019 Angela left the Labour Party to sit as an Independent MP. In September 2019, Angela accepted the Liberal Democrat whip in Parliament, becoming a Liberal Democrat MP.

She married her partner in November 2005 and they live in the north of Sheffield. In her spare her time she likes nothing better than either taking to the hills of the Peak District with friends or watching her favourite football team Sheffield Wednesday on a Saturday afternoon.