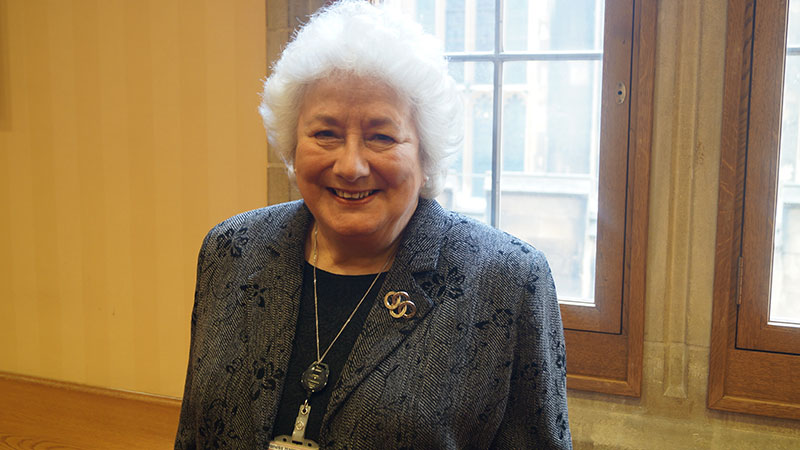 Angela Harris was born in Lancashire in 1944, the daughter of The Reverend G.H.H. Richards. She attended Canon Slade Grammar School in Bolton, Lancashire and Ealing Hotel and Catering College. Angela joined an airline and became an air stewardess for 2 years. She is married with one son from a previous marriage.

Angela Harris was a member of North Yorkshire County Council from 1981 to 2001 and the first woman to chair the authority in 1991/92. She has also served as Chair of the North Yorkshire Police Authority between 1994 to 2001, was formerly joint Chair (balanced Council) for 2 years and Deputy Chair of the Association of Police Authorities between 1997 - 2001. Angela is also a former member of the Service Authority National Crime Squad and Police Negotiating Board. For 16 years between 1982-98 Angela was formerly Justice of the Peace and Chair of Advisory Sub-committee. She was a former Town and District Councillor serving as both Mayor and Chairman and NHS Trust non-executive Director (1990-1997). Since 1994 Angela Harris has been Deputy Lieutenant of North Yorkshire and, from 1996, a member of the Court of the University of York.

Angela Harris has acted as a former Party Chief Steward at Federal Conferences for the Liberal Democrats and was a candidate for the Party in the 1999 European Parliament Elections.

Angela Harris's special interests are the police and she is President of the National Association of Chaplains to the Police. She is a Patron of Trauma International and Hospice Homecare Support Group and also Deputy Chair of the Industry and Parliament Trust.

Angela has been a member of the Works and maintenance sub committee in the House of Lords (2008 - 2012) and is now now Chair of the Industry and Parliament Trust.

Angela is a Deputy Speaker in the House of Lords.