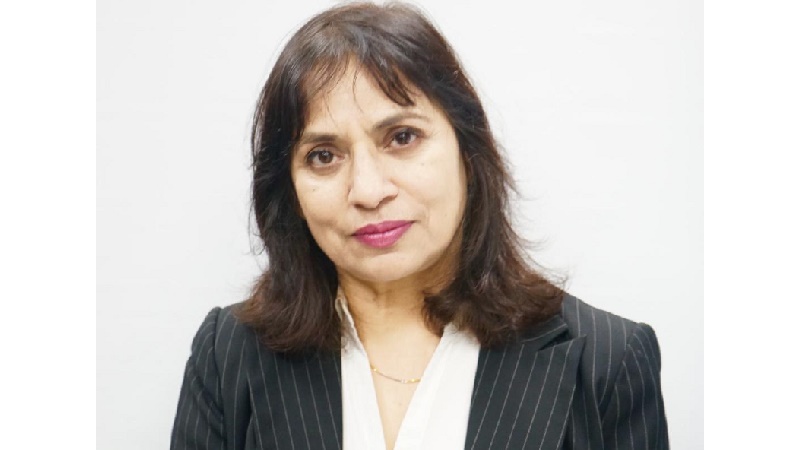 Anita is a qualified Solicitor working with a law firm in Nottingham. She has two Masters’ Degrees, one in Constitutional law, and the other in Corporate law. Since moving to the East Midlands she has worked at Boots, as a trainee at Nottinghamshire police headquarters, in various positions including consumer relations with Vodafone and at an immigration consultancy.

Having been active in politics for many years, Anita  joined the Liberal Democrats in 2012. She is a keen pro-European and will fight hard to stop Brexit, believing that it will be bad for the economy, the presence of our country on the world stage and will deny us strong opportunities to tackle climate change along with our European partners. Anita also believes that it is vital that we Remain in the EU in order to save our NHS. Striking a trade deal with Trump’s US will be the end of the NHS as we know it and we must do everything to keep it.

She is especially passionate about women's issues and believes that women are frequently underrepresented. There not enough women in our parliament to raise their voices for women's issues like domestic violence and inequality.

Working in an immigration firm, Anita has seen immigrants going through all kind of hardships. A proper system is not in place to resolve the issues in a timely fashion, resulting in people going through terrible stress.

Anita has two grown up children, a boy and a girl, who have followed their father and are engineering graduates of Loughborough and Leicester Universities. Their excellent education has enabled them to enjoy international careers. A good education is the backbone of every society and it's a basic right for everybody. She supports the Liberal Democrats who have been working hard to address educational inequality and give every child the very best start in life.

Anita is multilingual, speaking English, Hindi, Punjabi, Bengali and a little bit of Urdu. She enjoys interacting with all parts of society, understanding their issues and looks forward to raising them on both the local and national stage. As a Liberal Democrat she is committed to working to lessen the disadvantages of poverty and inequality in our society by doing her very best for Gedling.