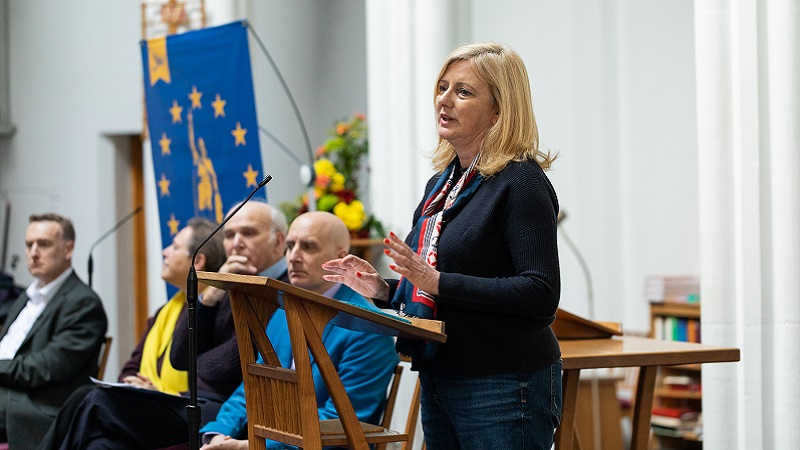 Antonia Harrison is a committed, multilingual European who believes that EU membership is best for Portsmouth and the United Kingdom - for our economy, environment and cross-border security - although respects people’s opinions for wishing to Leave. She campaigns tirelessly for a confirmatory People’s Vote as Brexit started with the people and should be decided by the people. Fully aware of the potential traffic congestion at Portsmouth’s Port and the risk to jobs and the local economy, she is determined to avoid a No Deal Brexit.

As a private mental health therapist, she helps clients locally and abroad with psychological issues, anxiety, addictions, unwanted behaviours, phobias and lack of confidence. Antonia is also establishing affordable public speaking training for women only. The Liberal Democrats’ policy of parity treatment for mental health issues was a key reason for Antonia wanting to seek election. She is the mother of a transgender daughter and appalled at the lengthy waiting time for a first appointment at a gender identity clinic. Her daughter is a fourth year university student yet has been waiting since starting university. Her son is a first year Politics student.

Antonia is concerned about environmental matters, particularly clean air challenges from Portsmouth’s traffic and Port in the UK’s second most densely populated city. She worries about work and housing prospects, especially for the young and disabled and wants higher standards of education in local schools with a wider range of apprenticeships and further education choices throughout life. Antonia moved to the Portsmouth area in 2012 after working 16 years in Belgium and Spain.

Portsmouth residents face unique challenges and together with the Liberal Democrat led Council, Antonia wants to bring positive change and investment in the city with regeneration in areas where needed. She challenges the Conservative MP and Councillors to do more for residents of Portsmouth North.