The auditorium sessions are at the heart of conference. They are where issues are debated and policy is decided. The attendees are a vital part of this process- speaking in favour or against the motions and then voting on the policies.

Be heard! How to speak in a debate

Debate chairs want to call speakers who haven't participated before to keep discussions fresh so first-time attendees are strongly encouraged to take part! Ahead of conference look over the agenda and if there's a topic that you're interested in please fill out a speaker's card.

Don't wait for the debate session to put yourself forward. The Federal Conference Committee (FCC) reviews the proposed speakers nightly, so submit your speaker's card as early as possible.

The steps to speaking are very straightforward:

During the popular debates intervention microphones are used. Speakers are selected from the cards submitted to the FCC and invited to speak for 60 seconds. This is a great way to make a punchy point.

If you've submitted a speaker card make sure you listen out in case your name is called. If you're selected we will contact you to standby to go live to speak. 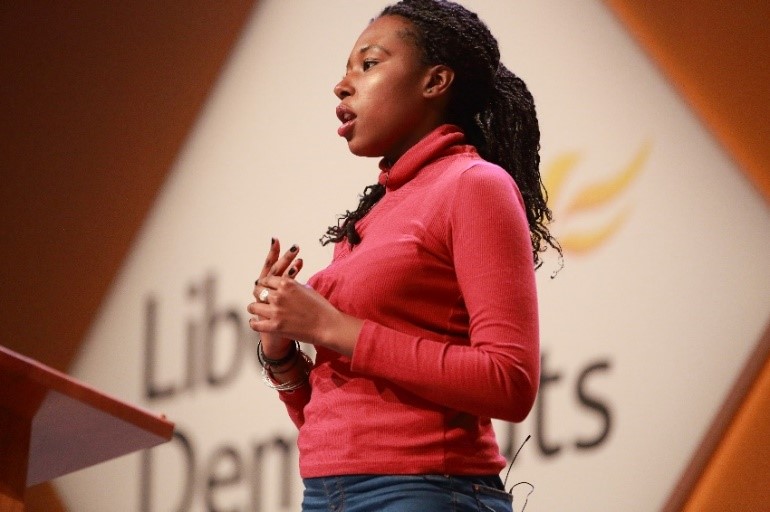 Motions can be proposals for party policy or suggestions for how the party should work. They can be written by any member but need backing from ten other members or your local party.

You can also get in touch with members who previously wrote motions to ask for advice or to work on a motion together.

These are proposed changes to the motions being debated. All motions (except emergency motions) are open to amendment. Amendments can be written by any member but need backing from ten other members or your local party.

All party members at conference are entitled to vote in the debates. To vote you must be online during the auditorium session and click onto the poll when asked to do so.

Decisions on most motions and all amendments are made by a simple majority. For a constitutional amendment a two-third majority is required.