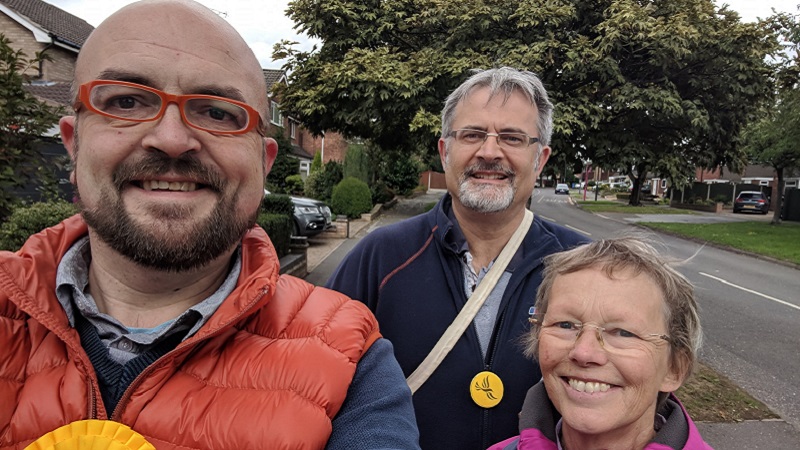 Barry attended Gosforth & Fanshawe schools in Dronfield, then Chesterfield College and finally Sheffield Hallam University. Barry has lived and worked in a variety places around the East Midlands, he moved Nottingham in 2003. Hestarted working in IT in the manufacturing sector and then in IT support before becoming a non-clinical data and finance manager in the NHS. After discovering a passion for education from his time assisting a school’s museum project he re-trained as Teacher in 2010. Until 2017 Barry worked in an inner-city school with experience of working with disenfranchised pupils.

Barry has returned to the Health & Social Care sector, combining his educational background and now manages a charity based service helping adults with learning disabilities. Heis supportive, caring, dedicated and hard-working. He is a passionate liberal who is committed to liberal values and equally dedicated to putting them in to action and is a devoted campaigner and has held a range of party roles locally, regionally and at national level, he currently sits on the Lib Dems English Council.

Barry is a determined campaigner for Europe, equality and voting reforms. He was a spokesperson for the Liberal Democrats and Stronger IN campaign during the EU referendum in 2016 across the north of the East Midlands. Whilst working in education Barry held union roles within UNISON and ATL. He is an ardent supporter of PSHCE (Personal, Social, Health, Citizenship & Economic education) and improving pastoral care in education. He will always work hard to better the lives of those around him, listening and progressing the concerns of others where ever possible.

Barry will work hard for all Nottingham residents, campaigning for high quality efficient local services and fighting to see that national & international infrastructure projects include our wonderful historic city.