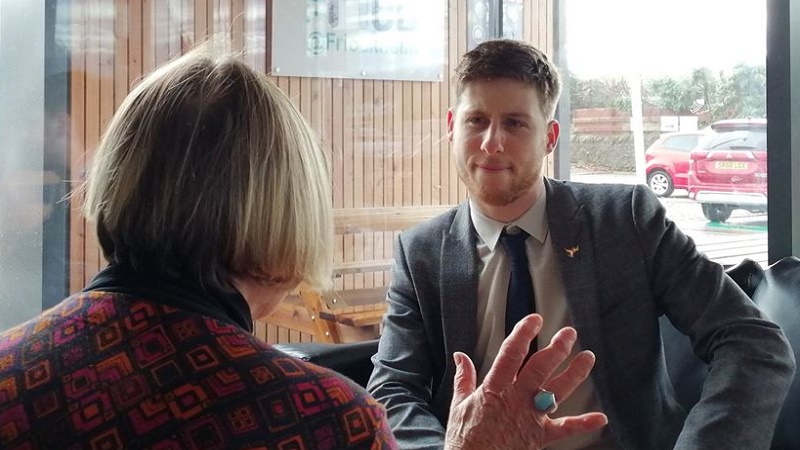 Ben, a long time mental health campaigner, was born in Dundee and raised in Monifieth. He went to school in Monifieth & completed an HNC in Social Sciences at Dundee & Angus College.

Ben recently graduated with a degree in International Relations from the University of St. Andrews where he spent a year as the Mental Health Rep on the University's Wellbeing Committee. Ben now works locally as an Angus Councillor and a Peer Worker for a mental health charity.

Ben said "Brexit has been an expensive distraction from pressing issues like the hidden mental health crisis and the Climate Emergency. The message I am hearing in Angus is that people are sick of Brexit and just want it over with. Getting Brexit done involves many more years of complicated negotiations which will leave us poorer than we are now.”

“The best way forward is either stopping Brexit by electing a Liberal Democrat government, or by having a People’s Vote to let the public decide whether the current deal matches the Brexit they were promised with an option to remain in the EU if it doesn’t.”