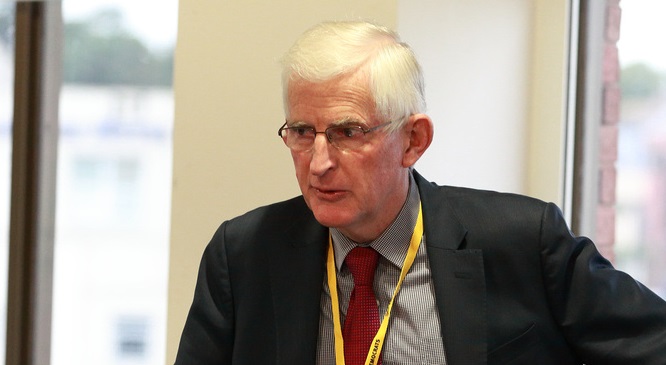 Chief Whip for the Liberal Democrats in the House of Lords, Lord Stoneham of Droxford

Ben Stoneham has been a Lib Dem Peer since 2011

Born in Kent and educated at Cambridge and Warwick Universities, he spent most of his career in the newspaper industry as Managing Director of a local newspaper company and Operations Director with News International. He has had a strong interest in housing and regeneration,  currently chairing the Housing 21 Group.

His proudest achievement was chairing The Portsmouth Harbour Renaissance Project completed in 2005, which regenerated the harbour frontages of Portsmouth and Gosport , providing new job opportunities for local people and developing a modern image for that City.

In the Lords, Ben is the front bench spokesperson for the Liberal Democrats on Business, Innovation and Skills. He is a strong supporter of improving apprenticeship opportunities and strengthening technical training to strengthen the competitive advantage of the UK.

After entering the House of Lords as a Lib Dem peer Ben has become the Lib Dem spokesperson on Business, Innovation and Skills having previously specialised in housing, the media and regeneration.

He is proudest of the Lib Dems' efforts within the Coalition to strengthen the competitive advantage of British industry through improving the technical training of our young people and the great growth of apprenticeships. He is committed to Britain being at the heart of a reformed Europe.

He was a member of the House of Lords  Select Committee on the Legacy of the Olympics and Para-Olympics which reported in November 2013.

In 2015 he was made Liberal Democrat Spokesperson for Business, Innovation and Skills. In October 2016 he took on the the role of Chief Whip in the House of Lords.