We all remember waking up to that awful result two and a half years ago. We were all braced for uncertainty. But nobody could have predicted how disastrously the wheels came off the Brexit wagon.

Brexit isn't what Leavers promised it would be. It's become a national embarrassment.

The Lib Dems have been fighting for a second referendum for over two years - and we're winning. Just 20% of the public agreed with us two years ago but now a majority of people want a final say. Over 200,000 people have signed our Exit from Brexit petition.

I'm proud to be launching our new short film - "Demand Better than Brexit". It's not just a rallying call against leaving the EU - it's a celebration of an open, equal Britain. It's not too late to win that back. You can watch it here: 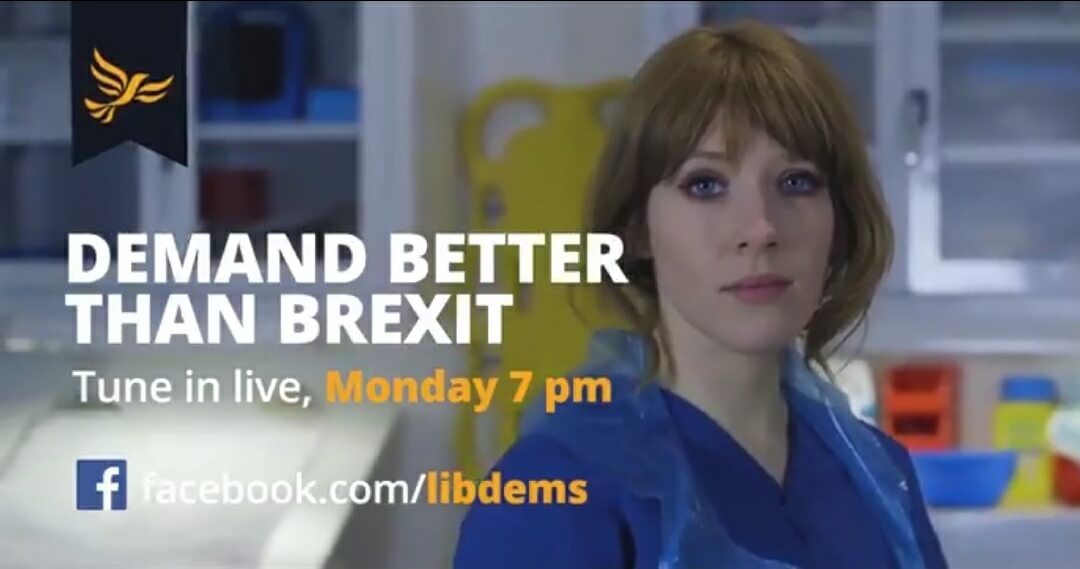 Labour and the Tories are bogged down in civil war but we're united; Brexit is bad for Britain. There's no deal better than the one we have as EU members.

No deal would be disastrous for jobs, our infrastructure and our NHS. The Government's pushing it as the only other option but it's wrong - it's a conscious choice.

A Liberal Democrat government would revoke Article 50 and stop Brexit on our first day in office. And in all other circumstances we will fight for a People's Vote.

Only the Liberal Democrats are prepared to stand up to this destructive Conservative party and work to build a better Britain.