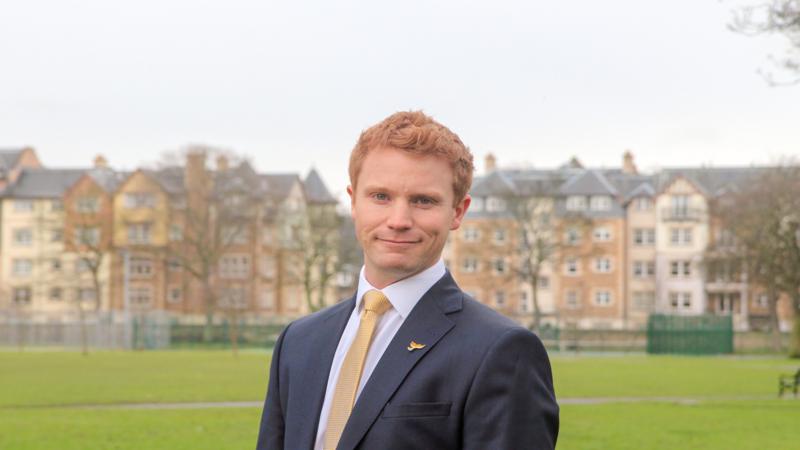 Bruce joined the Lib Dem's in 2017 when the prospect of Brexit and disillusionment with the state of politics made him act. Serving for 7 years as an Officer in the Royal Marines Commandos, Bruce got an insight into geopolitics and the value of international engagement that is integral to the Liberal Democrats.

Originally from Highland Perthshire, he and his wife have called Edinburgh home since 2013 and find it a great place to raise their family.

Prior to joining the Armed Forces, Bruce completed an undergraduate degree in Economics and a MSc in Strategic Studies both at Aberdeen University. Now working In Edinburgh, he loves the work life balance that living and working in the city brings. In his spare time he enjoys hill-walking and is enthusiastic about the great outdoors whatever the weather.

Locally, Bruce is keen to ensure everyone gets the public services they deserve. Having seen the impact of pollution first hand it is key to work both local environmentalism and global sustainability together.