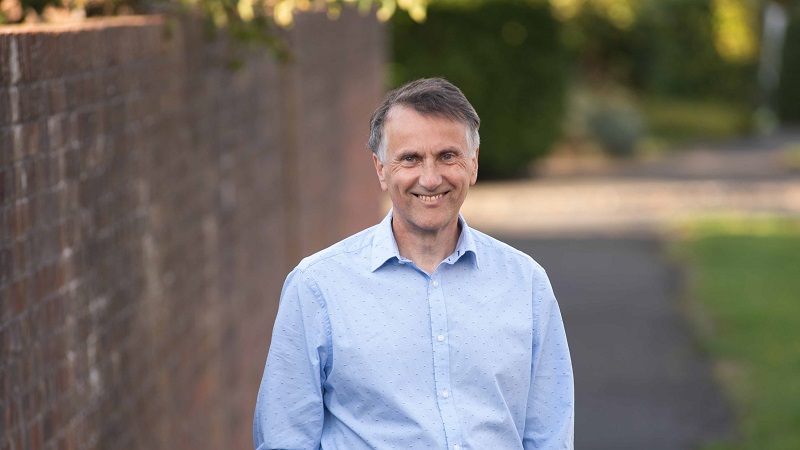 Chris Bowers is the leading challenger to Wealden’s MP Nus Ghani, and is tackling the Wealden election as a straight Remain-Leave battle between Lib Dems and Conservatives. Although the Conservatives have a sizeable majority, the latest constituency-based polling has Remain fractionally ahead of Leave, so if the Lib Dems can act as a Remain magnet, Wealden could yet be competitive, especially as Chris has a track record of cross-party working, having co-edited ‘The Alternative’ in 2016 with Caroline Lucas (Green) and Lisa Nandy (Labour).

A writer and broadcaster by profession, Chris is best known to tennis fans as a commentator and biographer of the Wimbledon champions Roger Federer and Novak Djokovic. He also commentated on national television on Wimbledon’s first-ever 12-12 final set tiebreak this year.

He also has a strong environmental background, having founded the Environmental Transport Association in 1990, and worked as a consultant to the European Federation for Transport & Environment since the early 1990s. That expertise led him to head up the transport section of the Lib Dems’ new climate change policy. He says voters motivated by climate change should vote Lib Dem not tactically but because the Lib Dems have the most coherent and ambitious programme for tackling climate change, including a first-step programme of immediate substantial emissions cuts.

The son of a refugee from Nazi Germany, he has lived in Germany and Switzerland and is a staunch pro-European. He speaks German, French and a smattering of Spanish.

He has lived between Uckfield and Lewes for over 20 years, was a two-term district councillor, and has an 18-year-old daughter who was born in Crowborough, learned to swim in Hailsham and did gymnastics in Uckfield (the three principal towns in Wealden). His interests are theatre, playing the violin, and walking the dog.