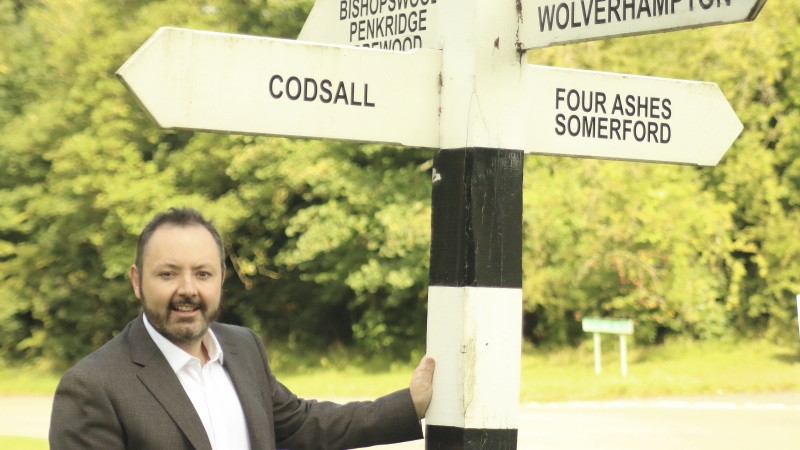 Chris is a scriptwriter who has lived in South Staffordshire with his wife and family for the past seventeen years. He grew up in Birmingham, attending Colmers Farm Comprehensive School in the south of the city. After graduating from Oxford, he worked as a print journalist and then for the BBC, before committing to scriptwriting full-time, working on a number of popular television dramas. He felt compelled to seek election by the political crisis that has arisen since David Cameron’s decision to call the Referendum on EU membership in 2016, and the concomitant rise of right-wing populism both at home and abroad. Chris says, “I feel I can no longer watch from the side lines as our country tears itself apart, in pursuit of a project virtually all expert opinion believes will be ruinous for our economy. I feel particularly angry at some of the spurious claims made before, during and after the Referendum campaign, and especially since the current Prime Minister has taken office.”

He is committed to stopping a Brexit which, on the Government’s own figures, will disproportionately threaten the livelihoods of ordinary people in the West Midlands. “So many of the companies who provide well paid, highly skilled jobs for the people of South Staffordshire, such as Jaguar Land Rover, rely on just in time supply chains and frictionless trade with the continent. Brexit will therefore inflict enormous damage on the local economy. It is estimated a No-Deal Brexit would see over 60,000 jobs lost in the West Midlands alone. Only the Liberal Democrats, as the one party committed to revoking Article 50, can be relied upon to avert this catastrophe after the coming election. Because only preventing the Brexit disaster will allow this country to thrive and ultimately heal.”