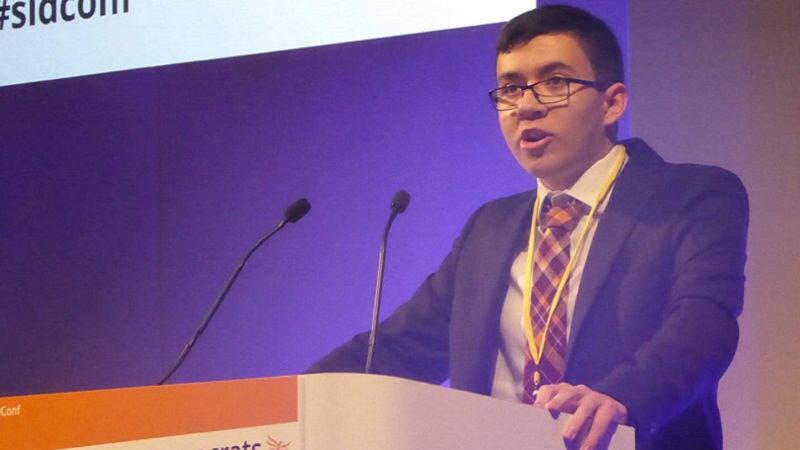 Christopher has lived in North Motherwell for his entire life. He studied at Our Lady’s High School in Motherwell, and his success in exams there led to him becoming a student at the University of Glasgow where he is currently studying Politics and Social policy in his third year.

Christopher passionately believes in the community values that the Liberal Democrats stand for, and wants to put them into practice as the Member of Parliament for Motherwell and Wishaw. He has volunteered at youth clubs in the constituency and for the past two years has worked at M&D’s theme park in Motherwell.

His policy interests include empowering young people, fighting poverty and inequality, and regenerating local communities. If elected as an MP, Christopher will put the people of Motherwell and Wishaw first, and will take every opportunity to stand up for their interests and the interests of the community.

Christopher is an avid fan of Motherwell Football Club and attends the majority of home and away games. He believes that fan ownership of the club is an excellent example of the ambition and pride that his constituents have for their local area and the club they support.
Christopher is extremely proud to have the opportunity to represent the Liberal Democrats in his home constituency in this election and would be honoured to have the chance to represent it in Westminster.