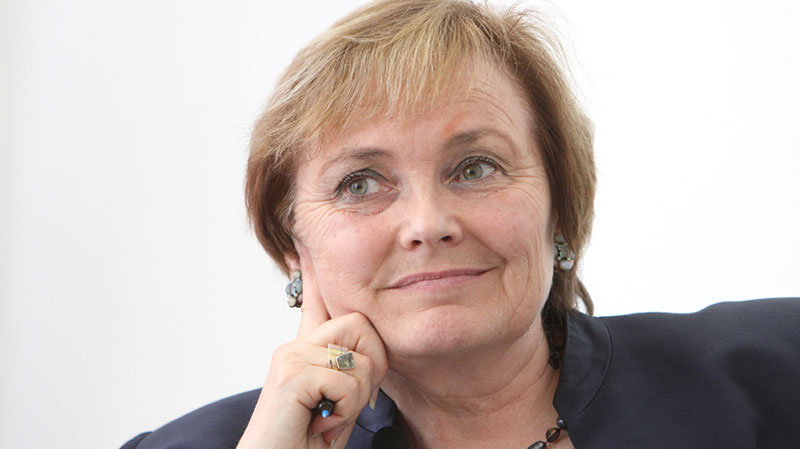 Claire Tyler (Baroness Tyler of Enfield) became Chair of CAFCASS (Children and Family Court Advisory and Support Service) in February 2012. She became President of the NCB (National Children’s Bureau) in August 2012 and Vice President of Relate in November 2012. Previously, Claire was the Chief Executive Officer of Relate, the UK’s leading relationship support agency between 2007 and 2012. This followed a number of senior positions within Government, the last of which was Director of the Vulnerable Children’s Group at the DfES (now the Department for Education). She also chaired the ‘Kids in the Middle’ coalition, a group of national charities and agony aunts campaigning for better services for separating parents and their children.
Before then, Claire had been the Director of the Government’s Social Exclusion Unit and a board member of the former Office of the Deputy Prime Minister from April 2002 until June 2006.  From July 2000 to April 2002 Claire was the Deputy Chief Executive of the Connexions Service.
In November 2010 Claire was nominated as a Liberal Democrat Peer and from 1 February 2011 has sat in the House of Lords as Baroness Tyler of Enfield taking an active role in health and social care, welfare reform, social mobility, well-being, children and family policy, machinery of government and the voluntary sector. Within Parliament Claire sits on the Lords Select Committee on Public Services and Demography and is Vice Chair of the following: the Associate Parliamentary Group for Parents and Families; the All Party Parliamentary Group on social mobility; the All Party Parliamentary Group on Wellbeing; and the All Party Parliamentary Group on Sustainable Relationships . She also chairs the Liberal Democrat policy working group on a Balanced Working Life and is Vice President of Liberal International Great Britain.
After graduating in law and politics from Southampton University, Claire joined the Greater London Council/Inner London Education Authority in 1978 and in 1988 she joined the Civil Service. Claire also has a Diploma in Management Studies and is a Fellow of the Chartered Institute of Personnel and Development. For 5 years Claire was joint chair of the Social Policy Forum and has sat on the Executive Committee of the Public Management and Policy Association for 7 years. From 2002-06 Claire sat on the Poverty and Disadvantage Committee of the Joseph Rowntree Foundation.
In 2015 she was made Liberal Democrat Mental Health Spokesperson.