“Promoting the use of the Care Badge, initially announced in March 2019, is welcome. Carers throughout the country are making enormous sacrifices to care for people during the Coronavirus crisis and must be recognised alongside NHS workers.

Yet however welcome the badge, Ministers have still not managed to provide all carers with the protection they desperately need.

It is regrettably becoming clear that the Government is failing to deliver on key promises to care workers, especially over supplies of protective equipment."

While a badge is welcome, Ministers have still not managed to provide all carers with the protection they desperately need.

We cannot send tens of thousands of frontline workers to care for people as they fight this virus without adequate protection.https://t.co/1Qk04SXUGm

We simply cannot send tens of thousands of frontline workers to care for people as they fight this virus without adequate protection. The lack of sufficient protective equipment is a national scandal; many health and care staff clearly feel they’ve been sold down the river. 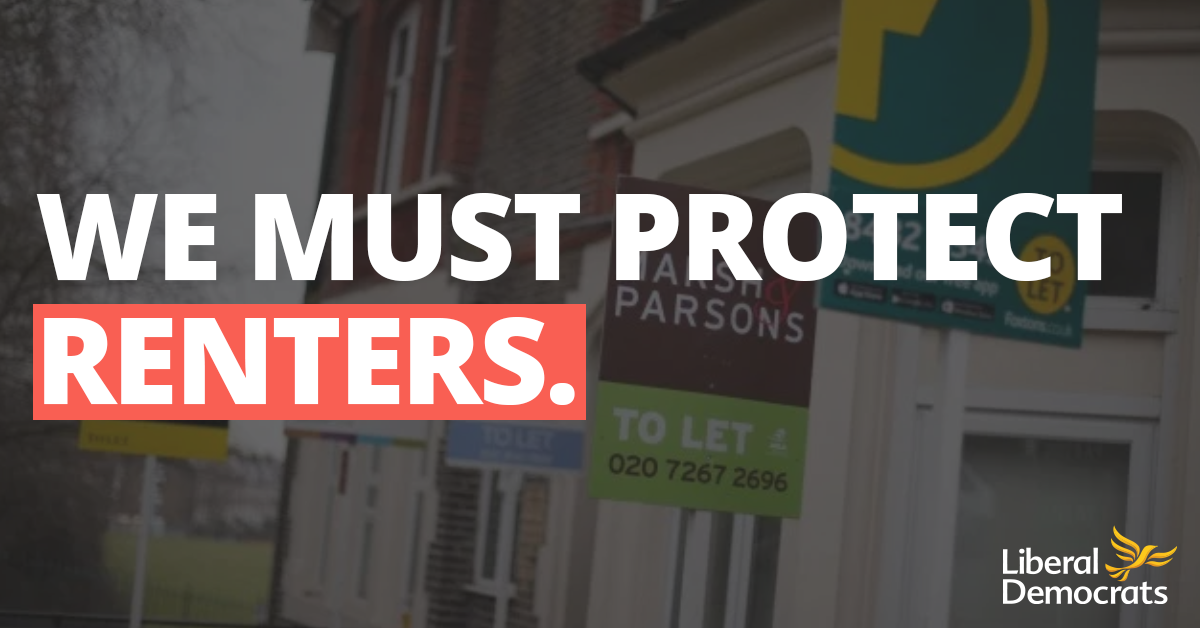 Responding to the new research from Shelter showing that an estimated 1.7 million private renters say they are likely to lose their job in the next three months because of the coronavirus crisis, Liberal Democrat spokesperson for MHCLG Tim Farron said:

"Many renters up and down the country will have lost their livelihoods overnight due to the coronavirus crisis.

We already know millions of people are simply not able to afford their rent at the moment and the fact that another 1.7 million are likely to lose their jobs over the coming months shows that this crisis is far from over.

"Before the coronavirus crisis even hit, the end of a private rented sector tenancy was the leading cause of homelessness. The housing crisis has been continuously ignored over the past five years and now the financial impact of the virus is set to make it even worse.

Millions of people are not able to afford their rent & another 1.7 million are likely to lose their jobs over the coming months.

The Government must extend the suspension of evictions beyond June, as well as further increase the Local Housing Allowance.https://t.co/1ec0qU7PKG

If we want to stop more people finding themselves homeless, the Government needs to act fast.

This research from Shelter not only shows that the Government needs to extend the suspension of evictions beyond June, but there is a desperate need to further increase the Local Housing Allowance.

By shelving evictions and increasing the current housing allowance to match average local rents, the Government can help to prevent more people finding themselves without a roof over their heads. 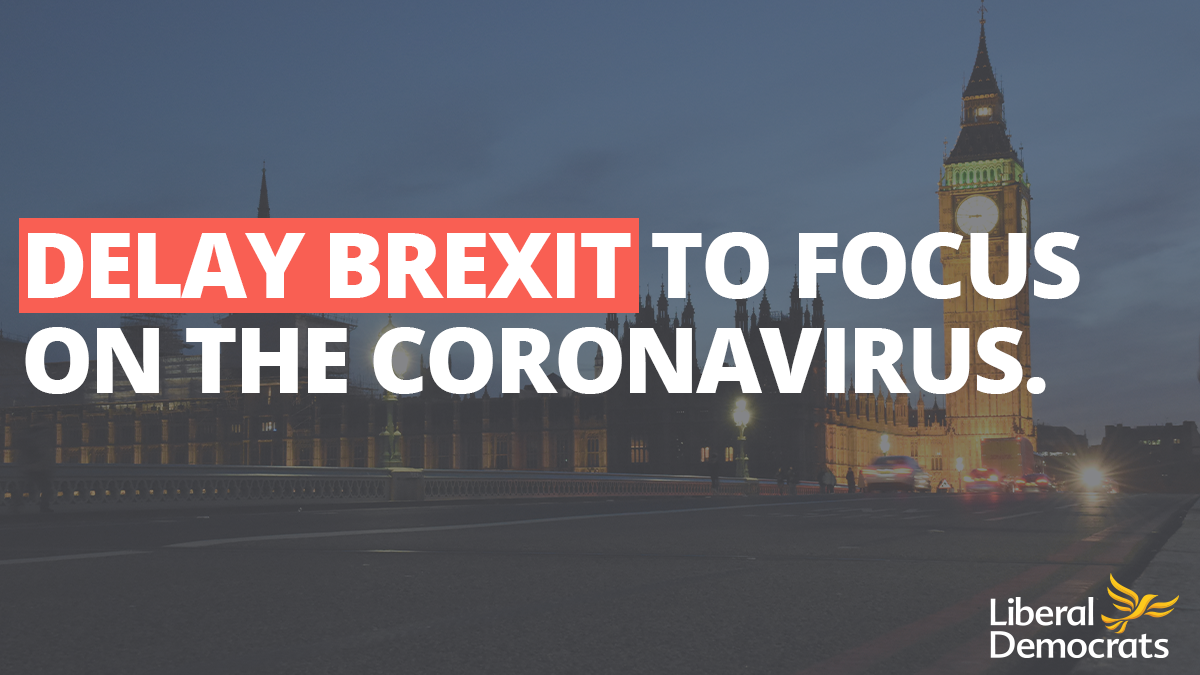 Responding to news that the UK Government is not seeking an extension to the Brexit transition period Ed Davey, Acting Leader of the Liberal Democrats, said:

"Right now, in their own words, the Government are 'straining every sinew' to deal with the coronavirus pandemic, and yet Ministers are still struggling to deliver on their promises on testing and protective equipment.

To press ahead with Brexit on the previous timetable - already recklessly fast - is just irresponsible and shows a fundamental disregard for the UK's national interest."

Brexit must be delayed to focus on coronavirus crisis.

To press ahead with Brexit on the previous timetable - already recklessly fast - is irresponsible and shows a fundamental disregard for the UK's national interest.https://t.co/VvxuEOcDuy

The Government must stop putting ideology before all else - including lives - and start working pragmatically with our European neighbours, some of whom the Government could clearly learn lessons from.

Surely even hardline Brexiteers want the negotiation process to succeed and to give it the attention it needs - and that just isn't possible during this dangerous and damaging pandemic.

Trump decision on WHO funding is dereliction of duty 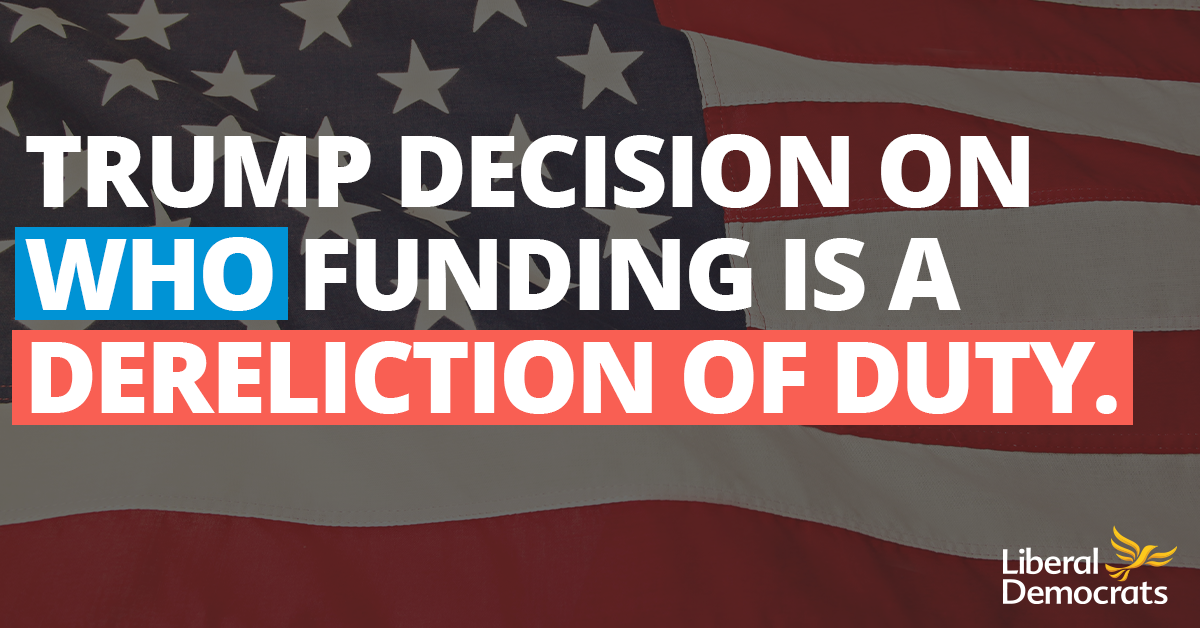 "Trump's decision to halt funding for the World Health Organisation at this moment is a dereliction of duty and puts lives at risk around the world.

Instead of taking the opportunity to show leadership the global battle against this virus, it seems that Trump would rather bury his head in the sand and sideline international efforts to stem the spread of coronavirus in some of the world's poorest countries."

"Trump’s decision to halt funding for the World Health Orgainsation at this moment is a dereliction of duty & puts lives at risk around the world.”-@amcarmichaelMP

The UK Government must do everything in his power to bring the US President back on board.https://t.co/hOFeZdvoAP

This approach is deeply short-sighted. Covid-19, like any other virus, does not respect national borders.

Effectively tackling the pandemic requires global cooperation like never before.

The World Health Organisation is the organisation every nation should be working closely with in order to streamline action and get a grip on this public health crisis as quickly as possible.

The UK has a duty to lead and the Foreign Secretary must do everything in his power to bring the US President back on board in supporting the efforts of the World Health Organisation.

The Government must do everything possible to ensure this vital institution is not undermined at the moment we need it most. 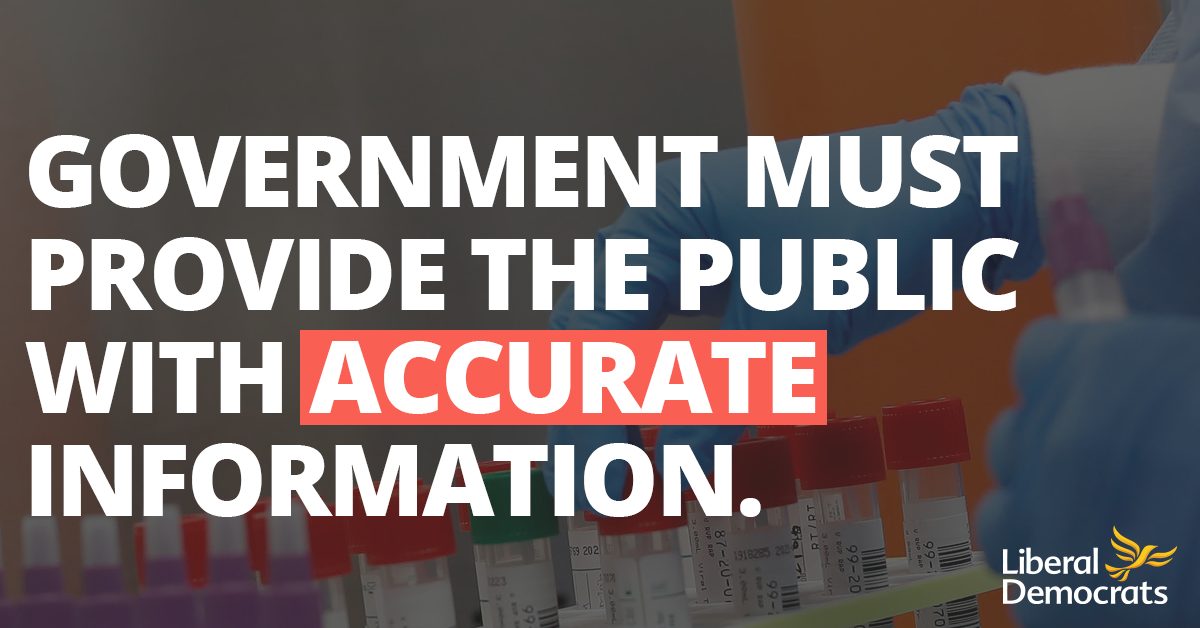 Responding to reports that the Government’s coronavirus press conferences have repeatedly and falsely shown the UK to have fewer coronavirus deaths than France, based on the numbers of deaths in hospitals, Liberal Democrat Health spokesperson Munira Wilson said:

"The frequency of inaccurate information being given out from the Government is becoming increasingly alarming.

The Liberal Democrats have been consistent in demanding that maintaining the trust of the public is a top priority throughout this crisis.

The fact that repeated concerns have been raised regarding the Government’s figures, whether it is the number of tests, deaths or ventilators, reveals there is either incompetence, or worse, at the heart of the Government’s current approach."

The health secretary must clarify the discrepancy regarding the number of ventilators quickly.

How many ventilators are in hospitals and working today, how many new ones are due to be delivered this week, and how many further are due in April?https://t.co/3ub5q6qQI2

The Secretary of State for Health must come forward and explain why this continues to happen on his watch. It is simply not acceptable in the midst of the coronavirus crisis for Ministers or officials to use inaccurate figures.

Combatting the spread of the coronavirus is utterly dependent on the public trusting the Government. If they continue to allow flawed or inaccurate information to be used, they will not only lose the trust of the British public, but in turn they risk losing their ability to respond to this crisis effectively whatsoever.