Coronavirus demonstrates how valuable our public service broadcasters are 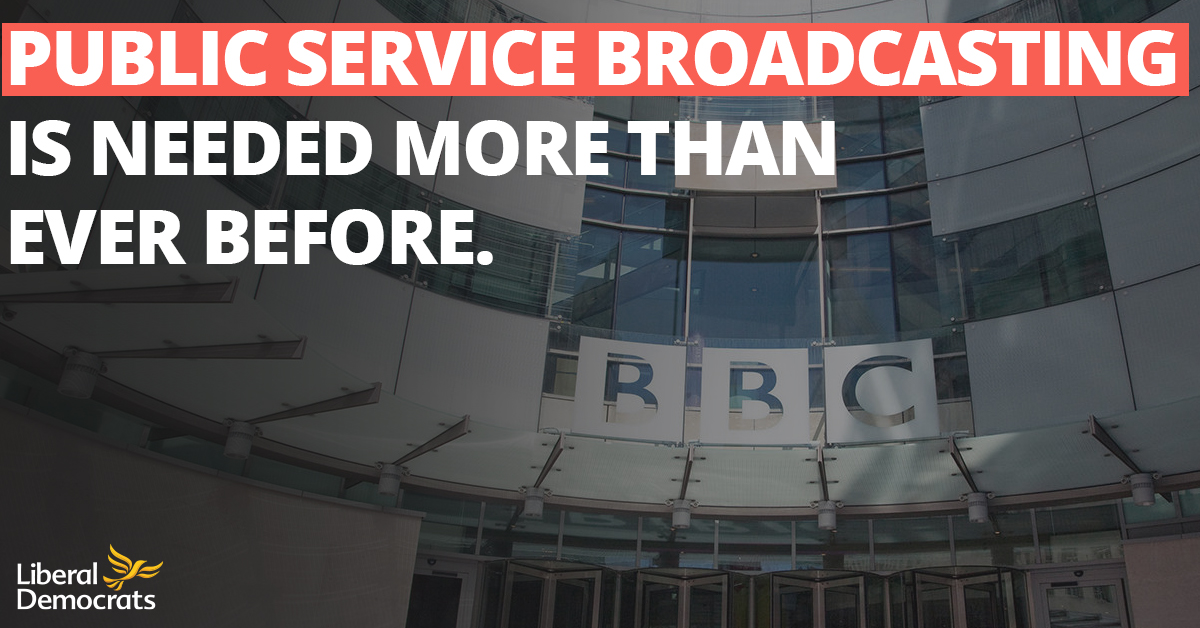 Responding to the news that the BBC News is to suspend its plans to cut 450 jobs, Liberal Democrat DCMS spokesperson Daisy Cooper said:

"It is in times like this that our public service broadcasters demonstrate most clearly just how valuable they are. The BBC is right to ensure it remains properly staffed.

For older people in particular, television is one of the few ways during this crisis we can continue to connect to the outside world. The BBC has a vital role in communicating trusted health advice, scrutinising the Government’s actions, combating fake news and lifting the nation’s spirits."

The BBC has a vital role in communicating trusted health advice, scrutinising the Government’s actions, combating fake news and lifting the nation’s spirits.

It is time the Conservatives put an end to their attacks on the BBC.#CoronavirusLockdownUKhttps://t.co/s1rrY1UZ7c

When the coronavirus pandemic is over, we will look back in disbelief at the Government’s plans earlier this year to pull the BBC’s funding rug from underneath it.

In an age of global pandemics and misinformation, public service broadcasting is needed more than ever before. It is time the Conservatives put an end to their attacks on the BBC and protected our public broadcasters for future generations. 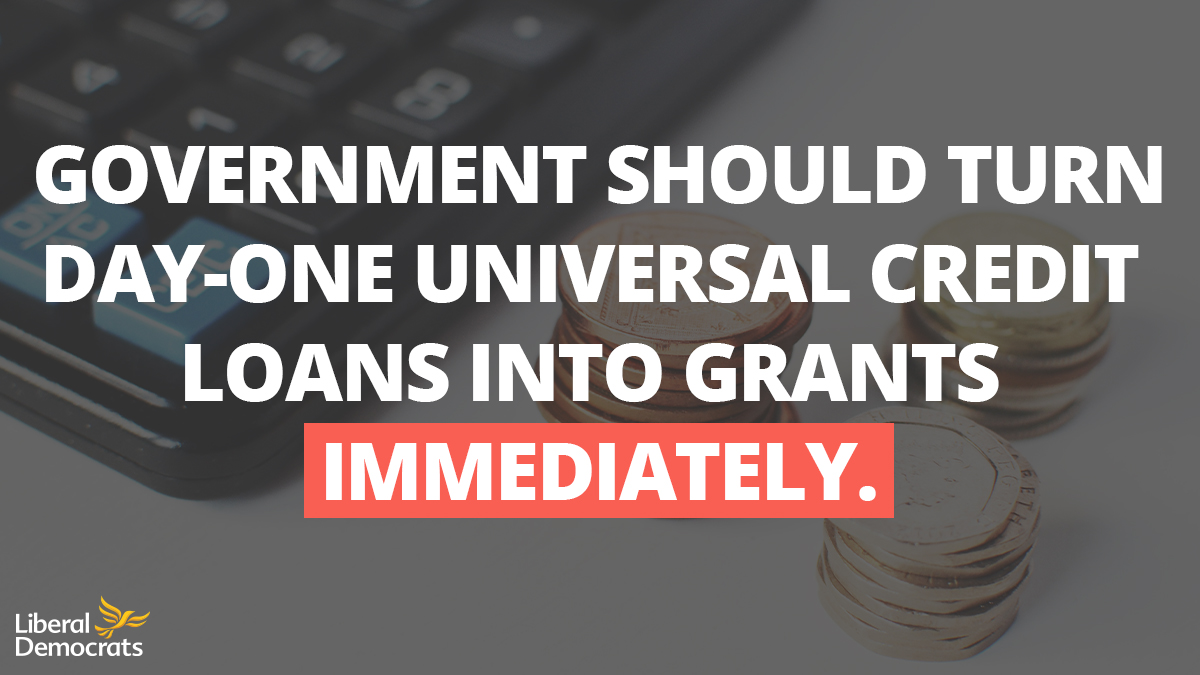 Responding to reports that that the Government has refused to axe the five-week wait for Universal Credit payments despite an additional 500,000 claims in 9 days, Acting Leader of the Liberal Democrats Ed Davey said:

“The Coronavirus crisis is an unprecedented threat with millions of families facing financial hardship.

There are therefore legitimate questions that the Prime Minister must answer over his Government’s failure to act more quickly and compassionately for the huge numbers of people now facing a sudden financial crisis."

❌A 5 week wait for Universal Credit payments is unacceptable.

✅That is why we've been calling on the Government to turn day-one Universal Credit loans into grants immediately.

✅As well as guarantee anyone who is laid off receives at least 20 days of full pay, starting now. pic.twitter.com/RjfO5XHaTG

With more and more people needing to apply to universal credit, we must ensure all who are eligible and need support are getting it - and quickly.

A five week wait has always been too slow and unacceptable.

That is why Liberal Democrats have been calling on the Government to turn day-one Universal Credit loans into grants immediately and guarantee anyone who is laid off receives at least 20 days of full pay, starting now.

We must urgently put in place remote working for Parliament 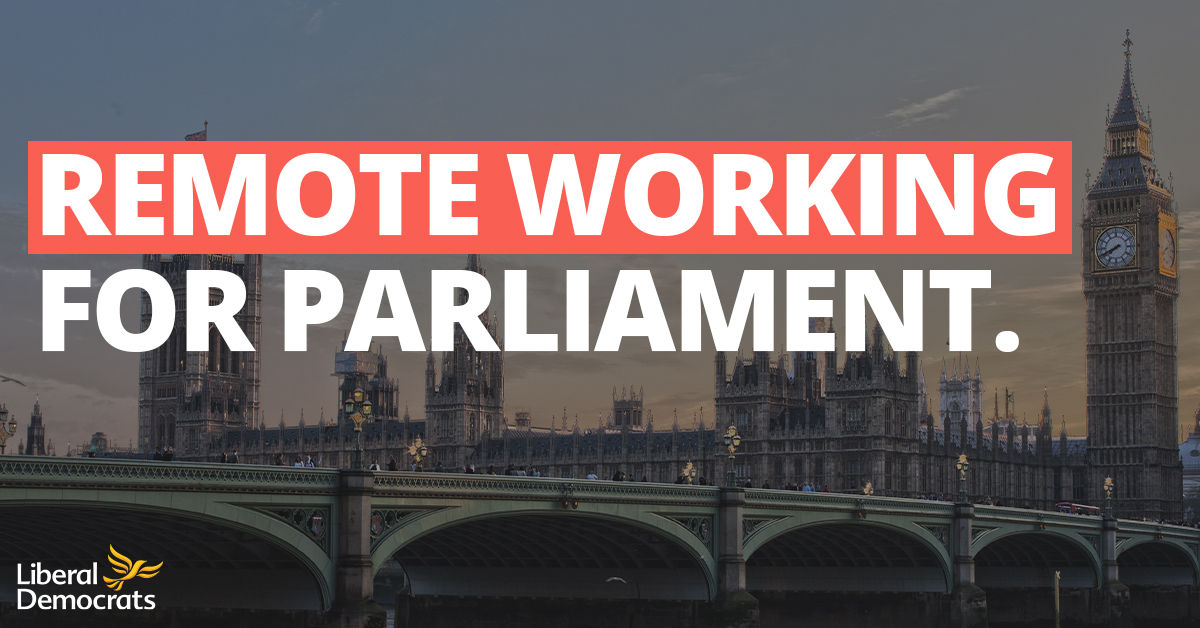 In response to the Covid-19 crisis, Liberal Democrats are calling on political parties and parliamentary authorities to work together to urgently put in place remote working for Parliament.

It is right that Parliament physically closes to keep people safe, including parliamentary staff, but this cannot mean an end to scrutiny of the Government.

The political parties and parliamentary authorities must now work together to urgently put in place remote working for parliament – so MPs can continue to represent our constituents, raise urgent issues with Ministers and hold the Government to account for its response to this crisis.

The political parties must now work together to urgently put in place remote working for parliament.

This will allow MPs to continue to represent their constituents & hold the Government to account for its response to this crisis.#CoronavirusLockdownUKhttps://t.co/NKrlvnqZC6

“Businesses of all sizes have found ways to keep going through video conferencing and other technology, so it cannot be beyond the wit of Parliament to do the same.

Parliamentary scrutiny is more important than ever during a national emergency, especially given the emergency powers needed to keep people safe. Liberal Democrats will be carefully scrutinising the Government’s use of these powers to make sure they do not curtail individuals’ rights and freedoms any further than necessary.” 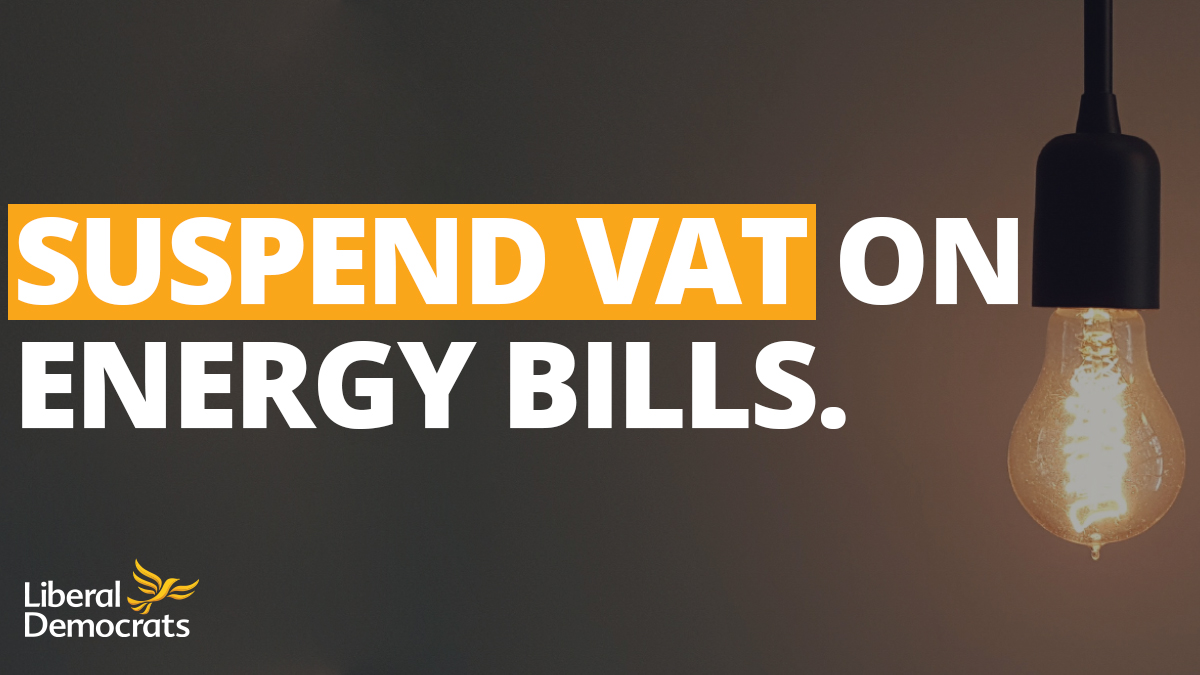 Liberal Democrat MP Jamie Stone has secured cross party support for his letter to the Chancellor calling for a suspension on VAT on energy bills through the coronavirus crisis.

The letter comes in the wake of figures from Uswitch forecasting that households could see bills increase as much as £195 as  a result of spending more time at home due to government restrictions to curb the spread of the virus.

"Right across the UK people are desperately worried about how they will make ends meet in the face of this crisis. Many already find themselves out of work, on reduced pay or having to rely on Universal Credit. Ensuring people using prepaid meters are not cut off is a first step, but there are many who will need further assistance.

"The very least the government can do is offer people a break from VAT on energy bills - this would be a quick and effective step which will immediately assist some of the poorest in our society. It will at least partly alleviate the additional financial pressure created by the need to stay at home."

People will be spending using a lot more electricity in self-isolation. The Government needs to protect those worried about making ends meet quickly and effectively 🔌 pic.twitter.com/rVgc3WUzqw