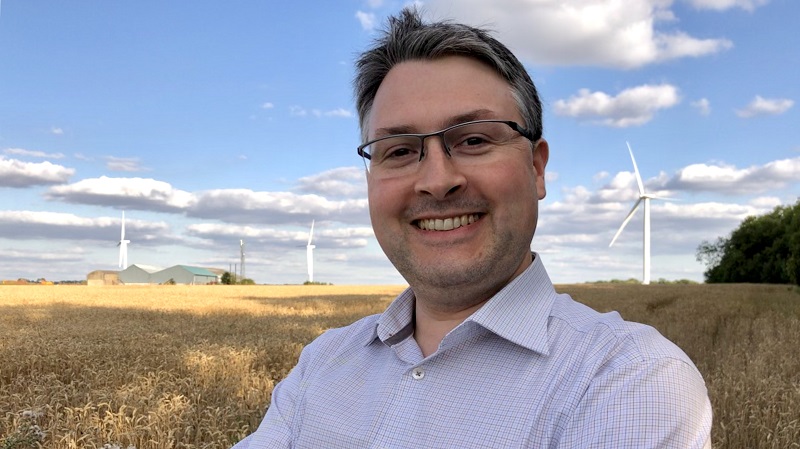 Daniel Norton is one of Bedfordshire’s leading campaigners against Brexit. He campaigned for Remain in the referendum and continued the resistance as an activist with Bedfordshire for Europe and the Liberal Democrats. He led the campaign that successfully elected two Liberal Democrat MEPs in May, our best ever result in this region. That election saw the highest ever share of the vote for the Liberal Democrats in Bedford Borough in a national election, way ahead of both Labour and the Conservatives.

Daniel has campaigned to tackle the climate emergency since before it was cool! His first campaign was supporting a wind farm in North East Bedfordshire in 2010. In Daniel’s opinion, the best and cheapest type of renewable energy is produced close to where people use it. Planning objections from a well-funded opposition group meant it took the project ten years to start producing energy. We need to increase the pace and scale of our ambitions if we are to prevent a climate crisis.

He demands better for rural communities in North East Bedfordshire: for people who have seen local services reduced due to central government cuts, for commuters who have seen their services reduced, and for a farming community that will be hit hard by Brexit. He has been working with Liberal Democrat councillors in the constituency to call for improved facilities in local schools.

Daniel has lived in the village of Stevington in North East Bedfordshire for 15 years. He is a senior manager in an energy company, where he is responsible for sourcing gas and electricity to supply to customers. He is proud that his team supplies more renewable electricity to residential customers than any other supplier. In his spare time, he enjoys cycling with a local club, especially around the surprisingly hilly lanes of North East Bedfordshire!