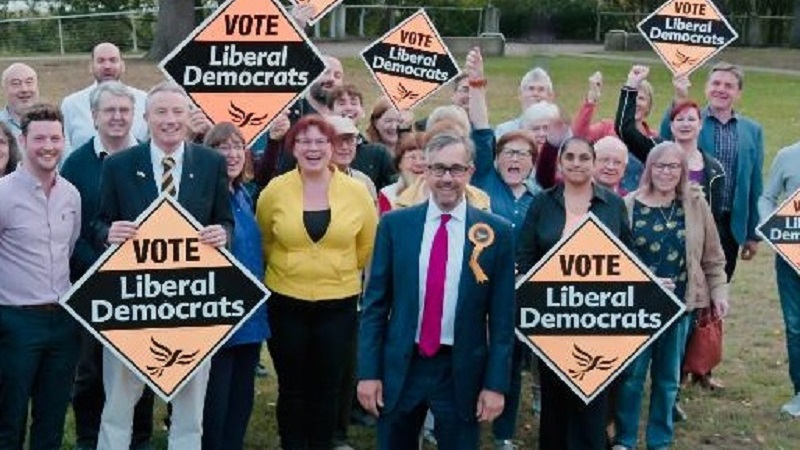 David Campanale is an international news broadcaster with a reputation for his work on issues of civil liberties and fundamental rights. He also has a strong record of action in Surrey as a defender of public services. He served 8 years as a local councillor, greatly increasing the Lib Dems share of the vote in his district from 18% to 60%.

He grew up in Hampton, attending a local state primary school before going to Teddington secondary and Kingston FE college. After Oxford University, he settled in Kingston where he lives with his wife and family. He has served both as Chair in BBC News of the National Union of Journalists in London and on the national executive of the NUJ. He was active in the Kingston Anti-Cuts Coalition. He spent several years as a director of the London Youth Games, which is the largest annual youth sports event in Europe.

David has also been a director of Tearfund - a major disaster relief and development agency based in Teddington - and has chaired a parent-led campaign to open a new secondary school in north Surrey. He is now a trustee of Surrey-wide charity Man & Boy, which works to build trust and confidence between boys and a significant adult male in their life, with the aim of creating strong relationships, self-esteem and improved behaviour.

He has worked for over 30 years internationally in supporting and developing democratic opposition movements in closed countries. David is founder of the Tusvanyos Festival in central Europe, which is a music, arts and political education event for young people that began with 200 students in 1990 and which was attended by 80,000 people in July 2019. In the past few years, he has given lectures in Taiwan, Hong Kong and South Korea on political organisation, values-led activism and the roots in British history of democratic formation.