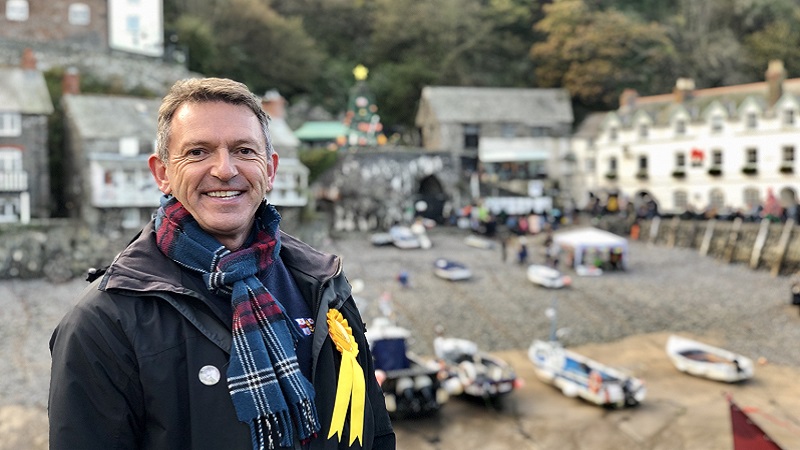 David Chalmers is not a career politician. After studying German with European Institutions at Edinburgh University he went to work in HM Treasury. A successful business career saw him managing the commercial operations of the Economist Group in Asia Pacific for ten years, where his team won the Queen’s Award for Enterprise in 2002 for its work in China. In 2011 pursuing his commitment human rights, David was one of the co-founders of the Kaleidoscope Trust – today one of the world’s leading organisations fighting for international LGBT+ rights.

On returning to his family home in North Devon, David was elected to Fremington Parish Council in 2015, is now the Vice Chair of the Larger Councils of Devon Association of Local Councils and today represents his home town of Appledore and is Chair of Finance on Northam Town Council David is a Governor of Petroc College and Chair of the local Charity- Sunrise - the hosts of the regions Annual Diversity Festival and is passionate about supporting the way of life and protecting the environment of the place he lives.

Recognising that Brexit is the wrong answer to the right questions, David has always been opposed to our leaving the EU. He ran the cross party and Lib Dem Remain campaigns to during the 2016 Referendum and elected as the Chair of the Lib Dem European Group in March this year has been one of the architects of the party’s strategy towards Brexit.

David is fighting to Stop Brexit so that government can get on with the issues that really matter – end the underfunding of our public services, improve our infrastructure, attract investment and more high-paid skilled jobs, give us a voice in Westminster and tackle the climate emergency.

David unwinds by walking on our stunning beaches and across our beautiful countryside with his dog Archie.