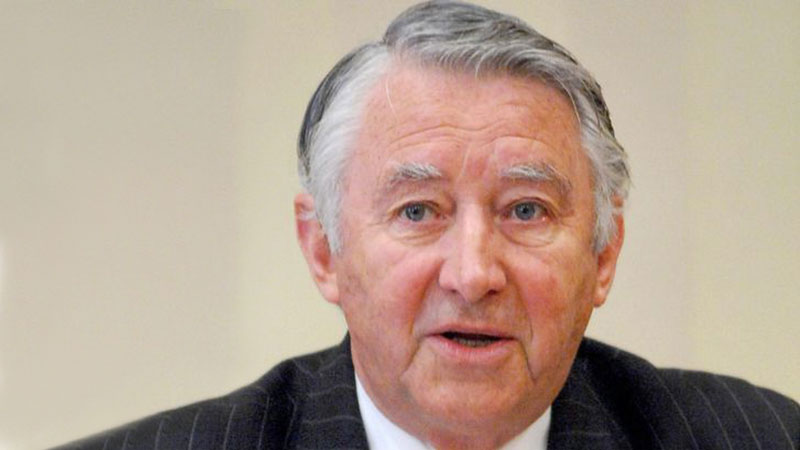 David's activism in Liberal politics began at the University of Edinburgh where he became President of the Liberal Club as well as being involved in student politics more generally - including being elected senior president of the Students' Representative Council. He graduated with an MA in 1960 and a law degree in 1962. In October of that year he married fellow law graduate, Judy MacGregor. They have three children and eight grandchildren.

David's political career began some months before he graduated when he was adopted as the Liberal PPC for the Edinburgh Pentlands constituency, but moved to the Borders seat before the 1964 election. Then after University his first job was as the Scottish Liberals' Assistant General Secretary. David pursued a short-lived job as a journalist and broadcaster for BBC Scotland, however it was in 1965 when his big break came. He stood and won the Roxburgh, Selkirk and Peebles by-election, taking the seat from the Tories and becoming the youngest MP in that Parliament. He held that seat with boundary changes for the subsequent eight general elections.

His key interests in Parliament were UK domestic affairs and social policy, and 1965-67 he started out as the Party's employment spokesman before becoming Chief Whip in 1970. In the social field his main legislative achievement was steering the Private Members Bill that was to reform the law on abortion.

Then in 1976 David was elected leader of the Liberal Party and from this position placed the Liberals firmly on the progressive wing of British Politics on all issues. The party activists did not welcome this move but it did see the Liberals enjoy the highest share of the popular vote cast for a third party in half a century and for a number of years David was even voted the UK's most popular politician! It was at the end of his leadership that he oversaw the merger of the SDP and the Liberals to form the Liberal Democrats and ensured that the third party would remain a strong force in British politics.

After stepping down as leader he turned to focus on two main areas of interest; foreign affairs and constitutional reform. In 1989 David became co-chair of the Scottish Constitutional Convention, which drew up the blueprint from which the Labour Government framed the Scotland Act of 1998. On the foreign affairs front he has been involved in democracy and human rights issues in developing countries, especially in Africa. David was President of the anti-apartheid movement 1966-1970. He was also the president of Liberal International in 1994-1996 and has been a key supporter of the European Union.

David is a Honorary Fellow of the Royal College of Obstetricians and Gynaecologists this year for contribution to women’s health. He was Created Knight of the Thistle by the Queen in 2004 and currently President of the all-party Africa group in parliament.

David's outside interests are equally varied, including love of classic cars, angling and writing. He and his wife have written two books together. David is also involved in numerous organisations and has been Edinburgh University's rector as well as receiving ten honorary degrees.