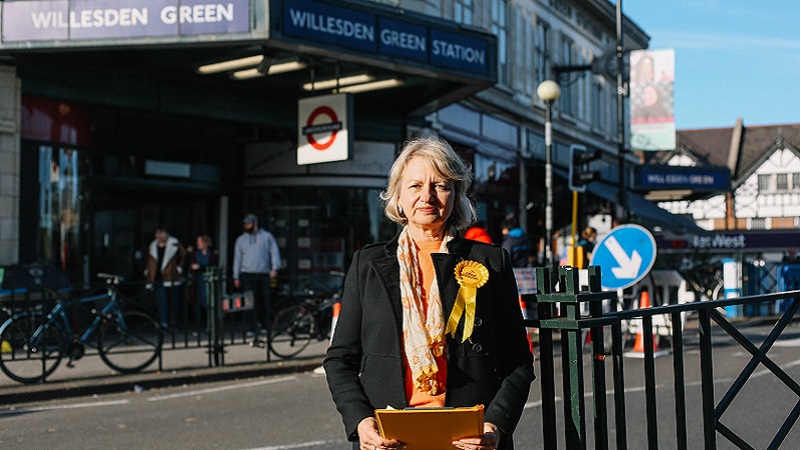 Deborah Unger is the Liberal Democrat candidate for Brent Central.

Deborah joined the Lib Dems in 2015 after the election to show how much she supported the party's liberal values of tolerance and inclusivity. After the disastrous 2016 referendum she became more active in the party. She wanted to make a difference. In 2017 became the Parliamentary candidate in Chingford & Woodford Green. She stood for Brent Council in 2018 and was named PPC for Brent the same year. In a borough that voted 60% to remain, she is passionate about stopping Brexit so the country can concentrate on the issues that matter most to her and to the people of Brent: clean air, good schools, good hospitals and social care, safe and secure streets.

As crime has increased on the streets of London, Deborah has worked in her neighbourhood to bring residents together with the police to voice their concerns and put in place measure to stop anti-social behaviour. She is the Chair of the Lonsdale Medical Centre Patient Participation Group, which is about to merge with two other practices to become the biggest in Brent. Her role is to help communications between patients and the practice.

Deborah first moved to Brent in 1997 but from 1998-2011 she travelled widely. She is a journalist who has worked for the Guardian, Business Week and the New York Times. She is currently working for PwC as an editor of Strategy+Business magazine. Deborah has volunteered for non-profits all her life whether helping cancer sufferers in India or children at risk in Brazil. She was an anti-corruption activist for eight years at Transparency International.

Deborah is a doer: if you have a problem she can help. She got anti-corruption activists out of jail; she got people to come together to fight anti-social behaviour on her street. She listens and she acts.