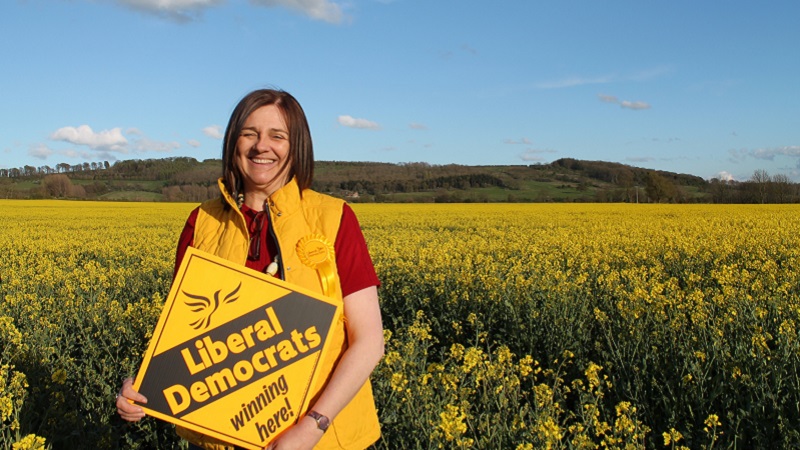 Di has lived in Norton at the heart of the constituency for 27 years and served the community as a councillor since 2000 on the town council and as a district member from 2005.
She is married to Howard and they have brought up three daughters, Hannah, Molly and Emily in Ryedale. She stood in Thirsk and Malton the 2015 and 2017 General Elections.

Di says: “The Liberal Democrats are the only political party willing to stand up the Tories and Labour and fight to stop Brexit before it does untold damage to the UK.”

“Boris Johnsons rush towards a hard Brexit will be disastrous for our local economy in terms of job losses and an end to agricultural subsidies which will be hugely damaging to local farmers. Many local people also feel let down by the current MP who continues to betray them in his support for shale gas, despite it being proved that the industry is no longer viable, which threatens tourism, agriculture and our beautiful countryside.”

She continues to lobby for better flood protection across the area including for Norton and Malton, having spearheaded the campaign that led to the building of the £10.3 million flood defences that today protect Malton, Norton and Old Malton.

Her record of community action includes saving Ryedale Indoor Bowls Club, overturning a Tory bid to close it down and sell off the building, and helping local people to develop it into a community hub now housing a dance school, pre-school playgroup and bowls club.