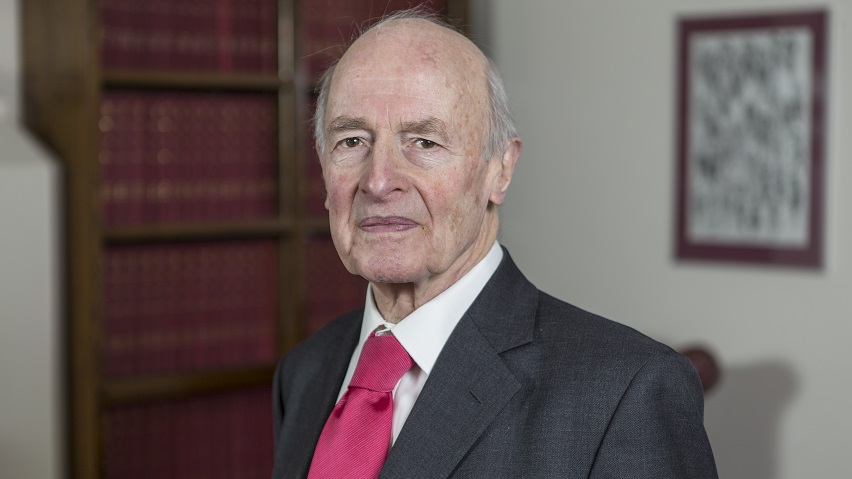 Lord Taverne - Dick Taverne QC - was born in 1928, and educated at Charterhouse School, then Balliol College, Oxford, where he gained a First in Greats. He took part in the Oxford Union debating tour of the USA in 1951, and was called to the Bar in 1954, becoming a QC in 1965.

In 1962, Dick contested and won the Lincoln seat for Labour, remaining a Labour MP for 10 years. During that time, he was a Minister in the Home Office for two years, a Minister of State in the Treasury, rising to Financial Secretary there from 1969 to 1970 and Chairman of the Public Expenditure (General) Sub-Committee from 1971 to 1972.

That year, heresigned as a Labour MP, and stood as a Democratic Labour candidate for the same seat, which he again won, and represented Lincoln as MP from March 1973 to September 1974. He also published during that time (1973) The Future of the Left - Lincoln and After. Political involvement continued, however, and Dick became a Member of the National Committee of the SDP between 1981 and 1987. During those years, he contested Southwark & Peckham for the SDP in 1982, and Dulwich in 1983. When the Liberal Democrats emerged, he was on the Federal Policy Committee for a year between 1989 and 1990.

Outside politics, Dick Taverne's wide-ranging interests have led him to become a Director of AXA Equity and Law Life Assurance Society plc, and of the BOC Group plc. He was the first Director, then later Chairman, of the Institute for Fiscal Studies, where he stayed until 1982. During that time, in 1979, he took on Membership of the International Review Body, examining the workings of the European Commission. Chairmanship of the Public Policy Centre came next until 1987, when he became a founding Director of PRIMA Europe, rising to Chairman in 199l and President in 1993 until 1998. In that period, from 1989 for 10 years, Dick was also Chairman of OLIM Investment Trust, in addition to becoming Deputy Chairman of the Central European Growth Fund in 1994, and Chairman of Alcohol & Drug Prevention Treatment Ltd. in 1996. That same year, he became Chairman of AXA Equity & Law, mentioned above. In 2002 he founded Sense About Science, a charity to promote the evidence-based approach to scientific issues. His main interest is now science and society and in 2005 he published The March of Unreason - Science, Democracy and the New Fundamentalism (OUP).

Dick Taverne married Janice Hennessey in 1955, and they have two daughters. One of them - Suzanna - went on to become Managing Director of the British Museum.

Dick was created a Life Peer in 1996, and lists his main recreation as sailing.