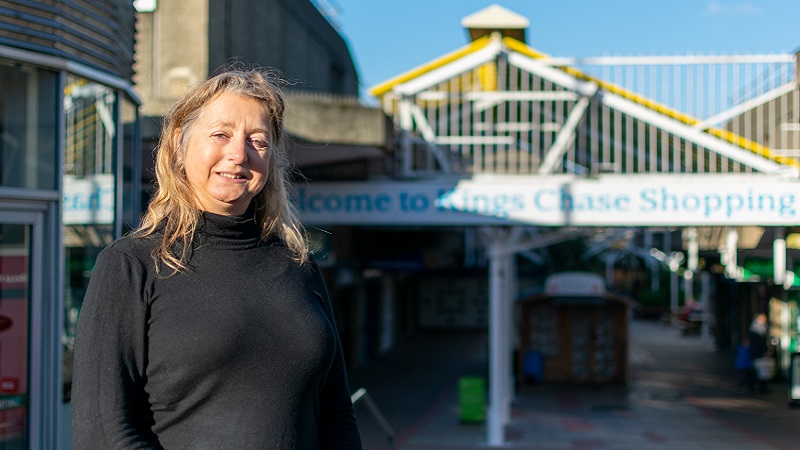 Dine Romero is standing for election to be the next Member of Parliament for Kingswood. Dine has many years of experience as a campaigner and as a local councillor. She first won her council seat in neighbouring Bath and North East Somerset in 2003, getting re-elected in 2007, 2011, 2015 and 2019.

Dine has a strong record of standing up for local people and for working hard for local communities. She has fought hard to save Post Offices and local libraries, to prevent a local school closing and against inappropriate developments. Dine’s casework as a councillor includes supporting people in poor housing, and she works tirelessly on local issues that are important to constituents but are often overlooked by politicians. She is determined to continue fighting to resolve local issues and representing local people as a Member of Parliament for Kingswood.

In her role within West of England Combined Authority, Dine has persuaded the West of England Mayor to declare a climate emergency, and she will continue to work on making this a meaningful action.

Dine believes that social care must be put on an equal footing with the NHS and both urgently require extra funding. She is sure that by adding a penny per pound in income taxation and ring-fencing it solely for health and social care will help to address the immediate crisis. Once elected, Dine will campaign vigorously for the next government to prioritise finding a long term solution.

As a Member of Parliament, Dine will focus on building a brighter future for everyone: tackling the climate emergency; building a stronger and greener economy; and securing proper funding for our schools and health services. Dine believes that Brexit will be bad for the people of Kingswood as it will impact the economy, all public services and the environment. She wants Brexit stopped so that government can finally deal with the damage caused by years of Conservative cuts and the lack of investment in the services that matter to local people. Dine is convinced that any new deal will not be as good as the deal that the UK already has with the EU and knows that it will require more years of negotiation and compromise before the new deal can be implemented with minimal disruption. This, she believes, is a waste of public funds that would be better invested elsewhere.