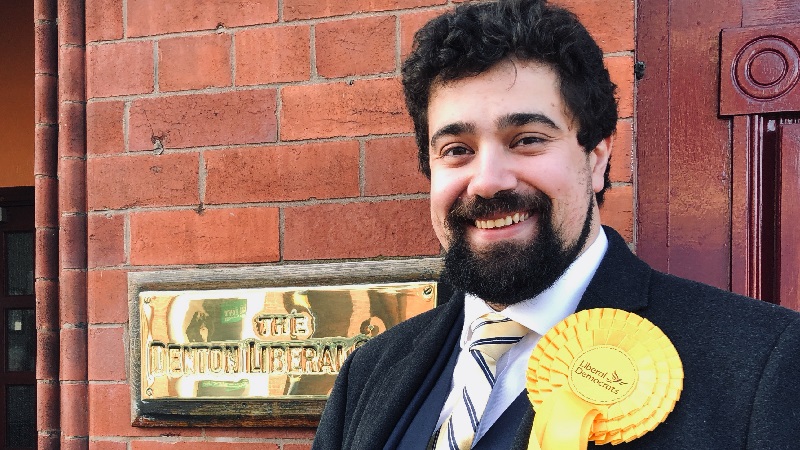 Dominic Hardwick is a lifelong Mancunian. Born in Withington, he attended primary school in Didsbury before going on to Manchester Grammar School, and then studying Ancient History at the University of Manchester. He now works in a family clothing company.

Dominic’s roots in Denton go deep. His mother was brought up on Seymour Street in the shadow of Moore’s Hat Factory, where his grandparents — Thomas and Nellie Swainson — worked as hatters. He spent much of his youth in Denton with his grandma, uncles, and aunts, going around Denton Market and building model planes with his uncles. He has known and loved Denton since before he even knew that politics existed.

Dominic is a passionate pro-European, and has decided to stand for parliament in Denton and Reddish to help prevent the damage that Brexit will do. He has always supported the Liberal Democrats' aim of creating a fair, open, and prosperous society, and he sees a real danger that we would leave Britain worse off by abandoning the prosperity, peace, and people's rights that the European Union protects.

Dominic has stood for election to council and parliament before, but was delighted to be selected to stand in Denton and Reddish, as it would be an honour to represent his family's hometown. He believes that it is important for there to be a strong opposition in any council or parliament, and the Liberal Democrats are the only major party standing up against Brexit.