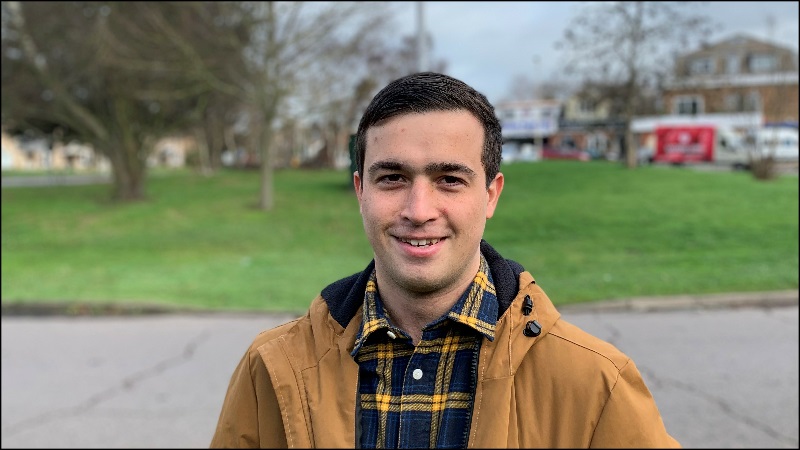 Edward is a secondary teacher and community campaigner who grew up in Billericay and has lived there for most of his life.
Edward is passionate about ensuring the people of Basildon & Billericay are no longer neglected and left to put up with an MP who sees their constituency as an afterthought.

Edward has been an active member of the community campaigning for the local council to address the issues with the long term closure of the local swimming pool. Edward knows how important improved infrastructure, better public transport and a broader range of new housing is crucial to building a better future for Basildon & Billericay.

Edward volunteers locally with a number of community groups. Edward is currently a Scout Leader as well as being a member of the core team of the Lake Meadows junior park run event.

Edward is committed to being an MP who is on hand to support and advocate for the residents of Basildon & Billericay. Edward believes it is long past time we had an MP who is steadfast in their commitment to standing up for the concerns of local residents. Edward would hold regular surgeries across the constituency and makes it easier for residents to contact their MP to deal with their concerns.

Edward's policy interests are focused on Education and international development. Edward is also a strong advocate for Electoral Reform and Constitutional Reform to make sure our political system works for everyone.