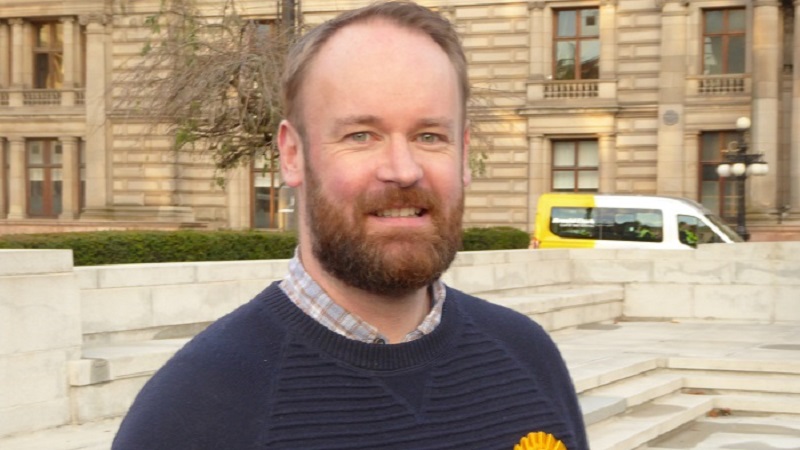 Ewan was born and brought up in the Southside of Glasgow, attending Shawlands Academy before gaining his first degree at the University of Glasgow. He has since gained an MSc in Neuroscience from the Institute of Psychiatry KCL, and a postgraduate diploma in Public Policy.

A potential career in genetic research was cut short by sustained illness, and Ewan's past experience of ME/chronic fatigue has given him first-hand insights into the problems faced by benefit claimants with invisible conditions. He now works in some of the most deprived communities in and around Glasgow, and witnesses daily the difficulties faced by people with poor mental and/or physical health and insecure finances.

Ewan was attracted to the Liberal Democrats due to their respect for evidence-based policy, and has played an active role in shaping their policy in a number of areas, most notably in drugs policy and mental health. Given his experiences from his work, he was delighted to be able to speak at the most recent Liberal Democrat conference in favour of policy ending benefit sanctions and reducing the wait for Universal Credit from 5 weeks to 5 days.

Ewan is determined to see Brexit stopped, and uncertainty over our futures brought to an end. He is equally determined that uncertainty and rancour is not created in Scotland by revisiting the question of whether to break up the United Kingdom.

If the British constitution is to experience radical change, Ewan is determined that that change be to a proportional representation electoral system, so that voters' choices in future can be guided by their hearts and minds and their genuine preferences, and not by fear of Tory populism or revolutionary socialism.