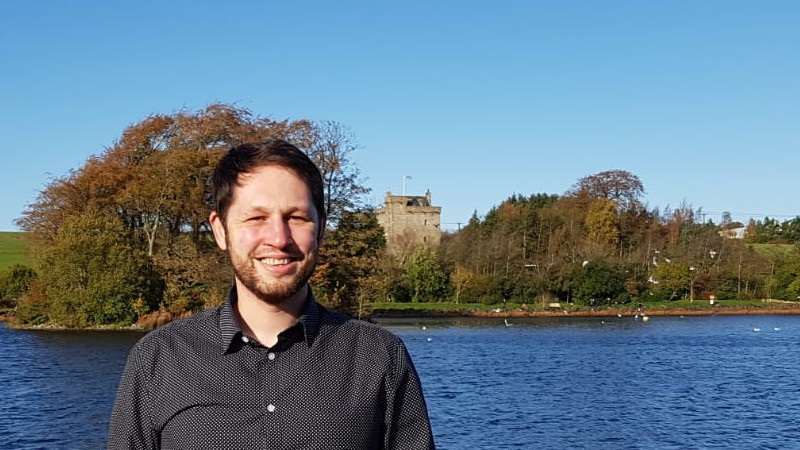 Ewan McRobert is a local candidate, having lived most of his life in East Kilbride.

His first real political act was to march against the Iraq war in 2003. Ewan greatly admired the way the then Liberal Democrat leader, Charles Kennedy made the case against the war.

However, Ewan didn’t join the Liberal Democrats until 2015. Ewan isn’t sure what took him so long, as with hindsight his live and let live attitude towards life made him a natural liberal.

This is Ewan’s second time standing as a candidate in a general election. It’s not a role he expected to find himself in, but he couldn’t stand idly by and watch Brexit destroy Britain’s economy and standing in the world.

Ewan comes from outside the typical Westminster bubble, having studied Computer Games Technology at Abertay University Dundee, before becoming a web developer. Ewan’s job requires creative thinking, problem solving and anticipating potential pitfalls. If elected he thinks those analytical skills would help him scrutinise legislation in parliament. He also believes he would bring an understanding of the technology trends which increasingly shape our world, which is currently missing from Westminster. More importantly, in a time when politics is becoming increasingly divisive, he hopes to bring compassion back to politics.

Ewan is proud to be standing for the only party fighting for Scotland’s place in both unions, the EU and the UK. After Brexit, he believes the most important issues are fixing the welfare state, which has sadly been dismantled by the Conservatives and addressing climate change. Ewan believes it’s the duty of a liberal to fight for people's rights and that a habitable planet to live on is the most fundamental right we have.