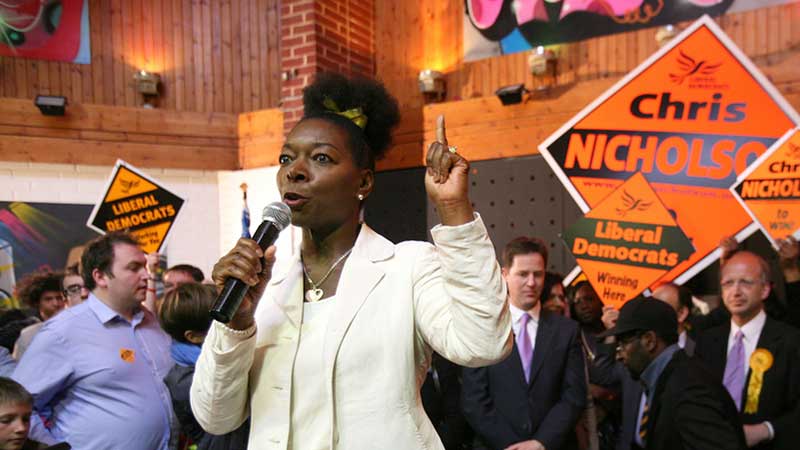 Floella entered the House of Lords on 28 June 2010. She was born in Trinidad but was brought up in England. After leaving school she spent a short time in the world of banking and accountancy, but soon found her way into the theatre in 1970.

She then appeared in numerous films and television dramas and became a household name after presenting children’s programmes ‘Playschool’ and ‘Playaway’. In 1987 she went on to form her own award winning film and television production company.

In 2001 received an OBE for services to broadcasting and 2004 she was awarded the BAFTA Special Lifetime Award for her services to children's television.

She has written over 25 books including ‘Coming to England’ which is now used as a resource tool in schools and in 2003 it was adapted by her production company into a film for the BBC.

Floella has sat on several boards and committees, including the Ofcom Content Board, the Millennium Commission, the National Film & Television School and BAFTA.

Floella is particularly concerned with the plight of children and their human rights throughout the world and dedicates a great deal of time to supporting pressure groups and charitable organisations. She campaigned tirelessly for a Minister for Children to oversee joined up Government policy, a position which is now successfully in place. Much of her time is spent touring the country, visiting children's hospitals, schools and children's homes in an effort to help advance the idea that the welfare, care and education of our children is of vital importance to our future.

She is the Chancellor of Exeter University, a Vice President of Barnardos, a trustee of ‘SPARKS’ as well as patron of a number of other charities including, 'The Home Farm Trust', 'The Sickle Cell Society' and British Association of Play Therapist.

In the past she has been an advisor and supporter of many other organisations including: Pre-schools Playgroups Association, Oxfam, Save the Children, Friends of the Young Deaf, Cancer Relief Macmillan Fund, Parent Network, WATCH ( What About the Children), Turning Point and Brixton Prison Education Department, Save the Children.