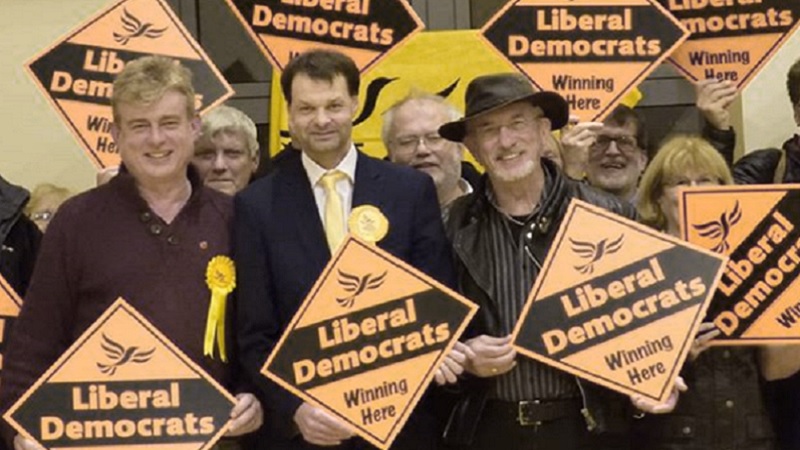 Graham is an experienced local councillor and campaigner. He has lived in the constituency all his life. He was educated at Yateley School and Yateley Sixth Form, and then went on to study History & Politics at the University of Essex.

Graham became a local councillor in 2001, serving continuously on both Hart District and Yateley Town Councils. In his time as a local councillor, he has taken a great deal of interest in local planning matters. He served for many years as Chair of Hart’s Planning Committee and currently has responsibility for planning policy on Hart’s Cabinet. Under Graham’s leadership, Hart Council will soon be in a position to adopt its long-awaited Local Plan, ensuring we get the infrastructure we need; not just more housing estates.

Graham is passionately pro-European. He firmly believes that the UK is better off within the EU, and will continue to support moves to block a damaging Brexit which harms our economy and threatens the future of the United Kingdom.

Graham believes that the climate change emergency is the other major issue of our time. He supports moves by Hart District Council to eliminate single-use plastics in its operations and he is working to develop planning policies that enhance environmental protection, such as providing electric vehicle charging points for new homes, using energy-efficient building materials, and incorporating renewable energy into new developments.

Away from politics, Graham enjoys most sports. In his youth, he swam competitively for Rushmoor Royals. He supports Yateley United Football Club and looks forward to seeing their new clubhouse at Sean Devereux Park. He also enjoys walking, reading and spending time with family.