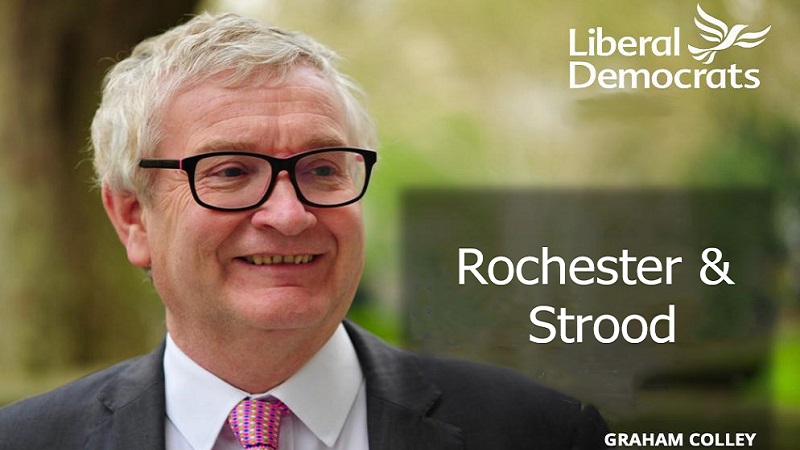 Graham Colley is the President of the Liberal Democrat Lawyers Association, having been Chair between 2011 and 2017. During that period he fought against Legal Aid cuts and proposed an emergency resolution at Party Conference against such cuts. He was educated at Nottingham High School, University College of Wales, Aberystwyth and the College of Europe, Bruges. He has an MBA from City University (Cass) Business School and an LLM from University of Kent.

Graham first joined the Liberals, whilst a student when he helped Geraint Howells MP win Ceredigion. He was Treasurer of the Liberals in Bermondsey prior to Simon Hughes' famous Bermondsey by-election and was active in that campaign. Graham became the candidate in Mid-Kent in 1987 and 1992. He was a County Councillor for Medway South.

Graham has been a lifelong European activist. He set up the Aberystwyth Group for Europe, whilst at university and was a youth officer in the 1975 Referendum. Graham was number seven on the London list in the highly successful European Election campaign in May 2019, which saw three Lib Dem candidates elected as MEPs.

A former Legal Aid lawyer in London and Chatham, Graham is now a solicitor in private practice in Rochester. He is a member of the Lloyd George Society and has a continuing interest in Wales and is learning Welsh. He is a keen touring cyclist and has only driven his car for 4000 miles in three years, preferring, where possible, to use train and bike.

He lives in Rochester, with two cats, Schnapps and Crackers. He is the great-nephew of Gareth Jones, the journalist, who discovered the Holodomor (Stalin’s famine in Ukraine) and about whom there has been a film which had its London Film Festival premiere in October 2019.