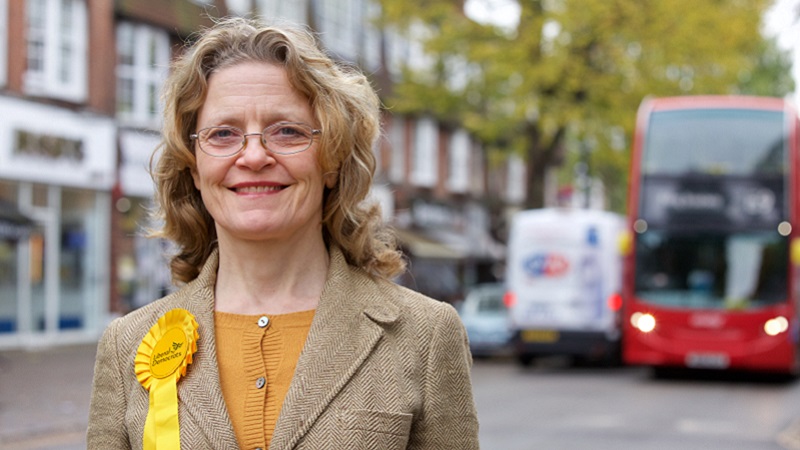 Henrietta Bewley was born, raised and has lived in West London most of her life. After studying Geology at Oxford, she worked as a computer programmer and business analyst for British Airways. She then followed her dream of becoming an opera singer, singing around the UK and in the extra chorus of Covent Garden. Now she is studying collaborative vocal improvisation and Compassionate Communication (NVC) for well being and community building.
With Irish, English and Scots ancestry, Henrietta is proudly European, and is continuing to campaign for the UK to remain in the EU.

She is passionate about the Liberal Democrat commitment to equal opportunity for all, through support for public services. Her lifelong interest in the value Psychotherapy leads her to support both the Liberal Democrat’s campaign for quality mental health care, and Combat Stress charity for veterans.
Henrietta has campaigned for Make Votes Matter and other groups, to make sure that seats match votes and all votes count equally.

Henrietta is a local cycling campaigner, and successfully supported new protected cycle routes in west London.
Her scientific understanding of the inherent variability of the earth’s climate, and the risks of climate change from fossil fuels, has lead her to join various environmental groups, such as Greenpeace, WWF, Friends of the Earth, The Woodland Trust, and Green Liberal Democrats, with whom she has raised multiple issues of energy efficiency in blocks of flats.
She speaks publicly to raise awareness of the Climate Crisis together with the urgent need to decarbonise the world's economies.