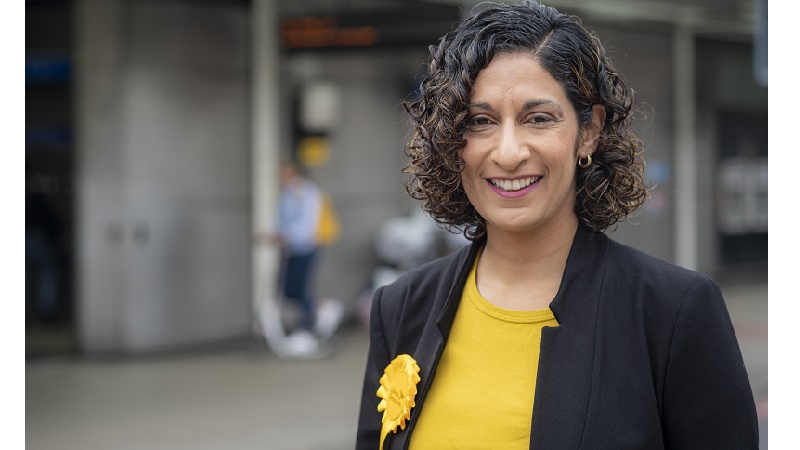 Humaira Ali was born and raised in South East London. She has always fought injustice, championed the underdog, and sought to help people reach their potential. Whether as a charity campaigner or standing up for employees’ interests as a professional in change management, Humaira brings her liberalism to bear in every area of her life.

Having lived in Bermondsey for ten years, Humaira’s passion to fight for her community has led her to successfully seek election to Southwark Council in 2018. In her first year and a half, she quickly became a trusted voice in, and for, her community, forging links with schools and youth groups, mediating residents’ disputes, tackling complex community issues and building bridges between residents and businesses. She has battled for better quality housing, action on rising air pollution and successfully led a cross-party motion on Equality and Diversity which forces Southwark Council to enshrine diversity in all its activities as well as introducing a new civic award for those who have worked tirelessly towards the equalities and diversity agenda.

But nationwide, such pressing problems are being neglected as the main parties squabble over Brexit. Whilst haemorrhaging billions on something that will strip us of our rights to travel, work and live abroad, destroy jobs and investment, and permanently diminish our country’s status and influence abroad, Humaira is committed to continue cross-party efforts to avert this national crisis, and re-divert all wasted money and efforts to tackling the climate crisis, police shortages, funding for schools and youth services, hospitals and infrastructure, where it’s so badly needed.

Through her 20-year career working with large institutions, including government departments, retailers, banks and charities, Humaira’s straight-talking approach has earned her a reputation for taking on the establishment. She has experience of turning around failing organisations, and the ability to develop complex, multi-million pound programmes. All of this will be essential as the Liberal Democrats seek to stop Brexit and focus on building a greener, fairer, London.