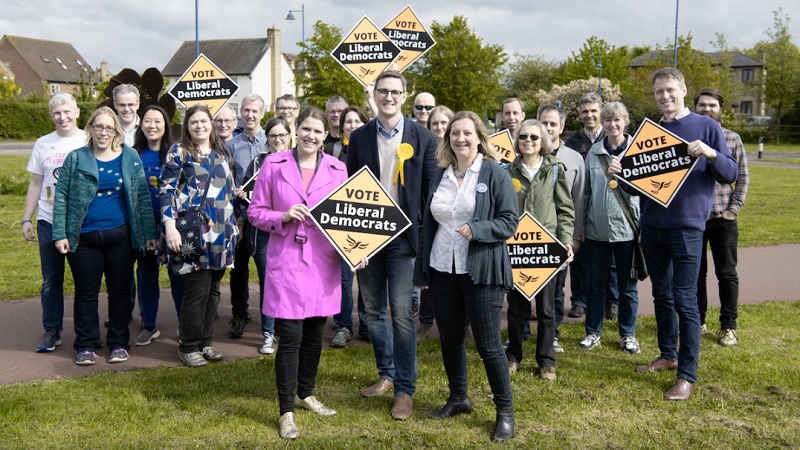 Ian Sollom is a District Councillor in South Cambs. He says: “I can promise the people of South Cambs that I will fight to make Britain an open, tolerant and fair place. But we won’t achieve that without stopping the madness of Brexit. I will be following in the footsteps of Heidi Allen, an MP who worked tirelessly to bring people together. Boris Johnson’s divisive candidate cannot be allowed to represent us.”

Ian Sollom is a well-respected local councillor. He helped the Lib Dems win control of South Cambs District Council, where they implemented both an ambitious green agenda and a programme to hugely increase the building of council houses. He is a board member of the Greater Cambridge Partnership and is committed to improving transport in the Greater Cambridge area.

Born in rural Shropshire, Ian has lived in Cambridgeshire since 2005 and is now settled with his young family in Grantchester. After a Physics degree at Oxford and a PhD in Astrophysics at Cambridge, Ian began work as a strategy consultant for a small London-based firm, where he helps business leaders make better, more evidence-based decisions. In particular, Ian has worked with many companies in the energy sector, including developing carbon pricing models and strategies for the coming energy transition away from fossil fuels.

He has campaigned for the Liberal Democrats in every local and national election since joining: delivering leaflets, knocking on doors and learning how to run a winning campaign. In 2018, while serving as Vice Chair of the local party, he stood as one of three local council candidates in their ward. Months of tireless work knocking on doors across their very large ward area led Ian, his fellow candidates and their team of activists to win their election, beating the incumbent Tories.