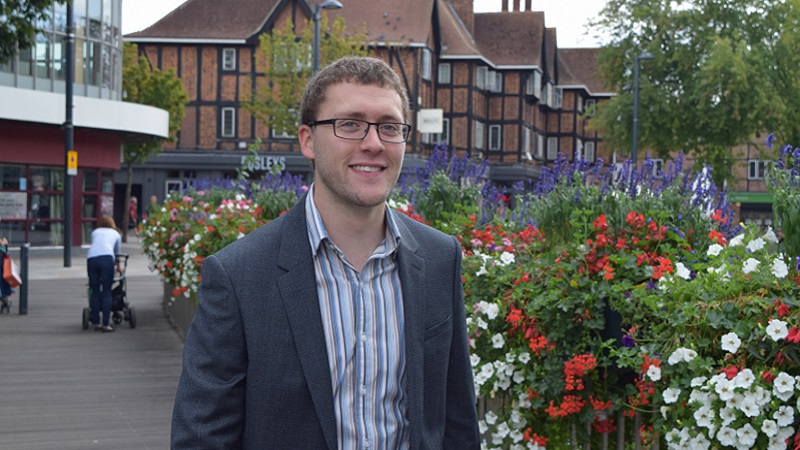 Ian Stotesbury works as an engineer in the space industry and has led the technical development of more than ten spacecraft, ranging from science missions, telecoms and earth observation.

Ian lives in Watford with his wife, Clare, and moved to Watford with her when she was posted at Watford General where she was working as a Junior Doctor. Ian and Clare both commute to London and Ian works for a space start-up aiming to advance space science and Clare works as a paediatric Doctor, currently at St Thomas’ Hospital.

Ian is a Cllr for Watford Borough Council for Callowland ward, where he lives, gaining his ward from Labour in 2018. Given his science background, Ian currently chairs the Sustainability Forum, tasked with making sure Watford is a green town.