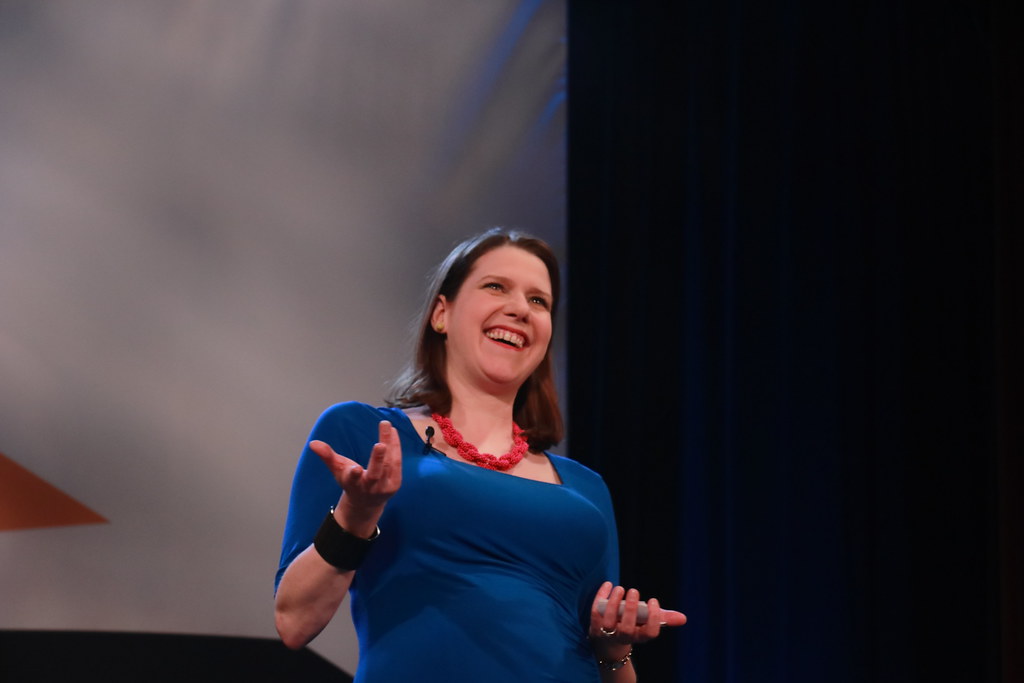 An MP at the age of 25, a Government Minister at 32, and elected Liberal Democrat leader at 39, Jo Swinson has packed a lot into her first four decades.

Jo’s desire to change the world started at an early age, signing petitions at The Body Shop inspired by Anita Roddick, campaigning for girls to be allowed to wear trousers at her school, and winning the battle for internet connections to be installed in her University hall of residence.

As a student, Jo joined and got involved in the Lib Dems, which led to her standing for Parliament against Deputy Prime Minister John Prescott at the age of 21. Four years later, in 2005, she was elected and became the youngest MP, representing her home seat of East Dunbartonshire, in the west of Scotland.

Jo’s early work in Parliament included campaigning against excessive packaging, highlighting the issue of body image, and arguing for a new set of economic indicators that focus on wellbeing instead of GDP alone.

The author of Equal Power: Gender Equality And How To Achieve It, Jo is a passionate feminist and has been a strong advocate of efforts to modernise Parliament. She successfully fought for proxy voting to enable baby leave for MPs, and made history in 2018 when she brought 10-week-old baby Gabriel into a Commons debate.

Jo loves running; she has completed three marathons (Loch Ness 2007, London 2011, Stirling 2017) and has her eye on an ultra-marathon. In politics as in life, winning feels wonderful. More important, however, is how we respond to setbacks. After losing in 2015, Jo showed grit and determination to win back her seat in 2017. We look forward to seeing what she does next! 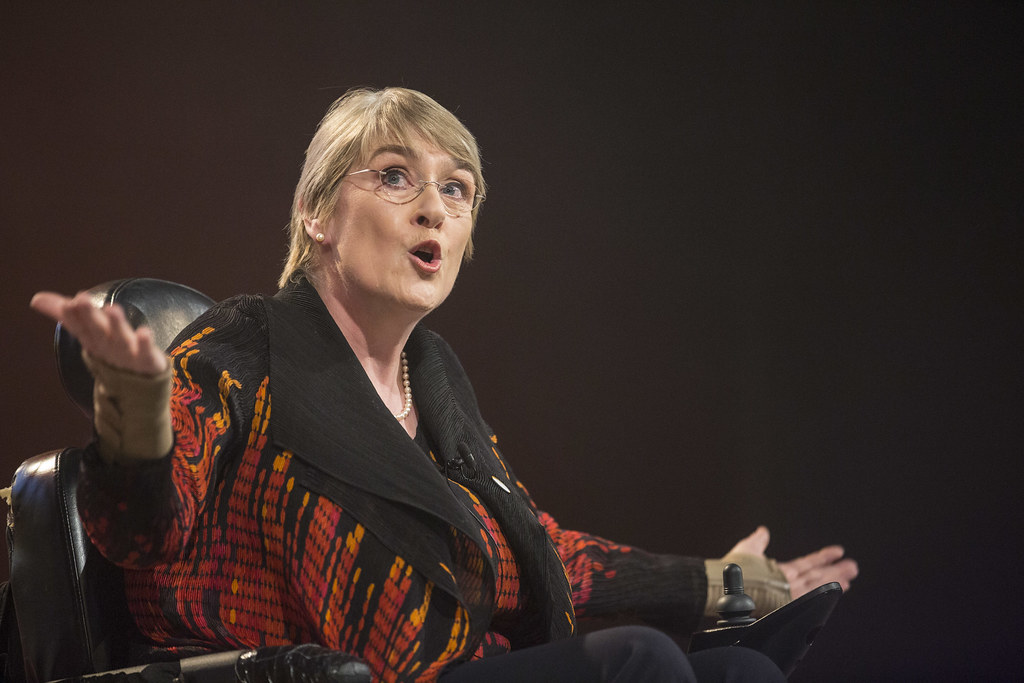 Baroness Sal Brinton is the Lords Spokeswoman on Health and Social Care. Her other political interests are in strengthening support for victims, and, as a disabled woman, campaigning for better services for disabled people. She was the Lib Dem party president from 2015-2019 and is one of the Vice Presidents of the Alliance of Liberals and Democrats in Europe.

Sal founded and ran the Lib Dem Leadership Programme in 2011, which mentored and supported women candidates and others from underrepresented groups. Three of our five current women MPs were on the programme, and many others have achieved elected roles, both externally and within the party. Sal is a former PPC, narrowly missing winning Watford twice. She was Bursar of Lucy Cavendish College in the 1990s and won East Anglian Businesswoman of the year in 1997 for her work at this all-women college.

Lynne Featherstone was MP for Hornsey & Wood Green from 2005-15 including five years as a government minister in the Home Office and International Development.

Whilst a Home Office minister – she also was Minister for Equalities and decided – even though it wasn’t in the coalition agreement nor any party manifesto – that same sex marriage needed to happen. And that’s exactly what she did – made it happen. Thousands of same sex couples are now living happily ever after.

Lynne wrote a book ‘Equal Ever After: the fight for same sex marriage and how I made it happen’. She wrote it because she was fed up with Cameron taking the credit. Lynne says that the real credit goes to the LGB campaigners who suffered discrimination and violence and fought and campaigned for years.

Lynne was also the politician who introduced and spearheaded the government work to end Female Genital Mutilation. Working with activist Nimco Ali, she announced the then biggest funding initiative to drive this work forward in Africa and back home.

Lynne says that funnily enough – whilst these two achievements are well known – her guilty pleasure is the work she was able to do on disability in the developing world where now it is embedded in the framework for everything DfID does.

Lynne would encourage anyone who wants to change the world to go for it. With no experience and no background in politics and a hopeless seat where Labour had a majority over the LibDems of 26,000 she became a councillor, then a member of the London Assembly, then MP, then Government minister and currently sits in the House of Lords. 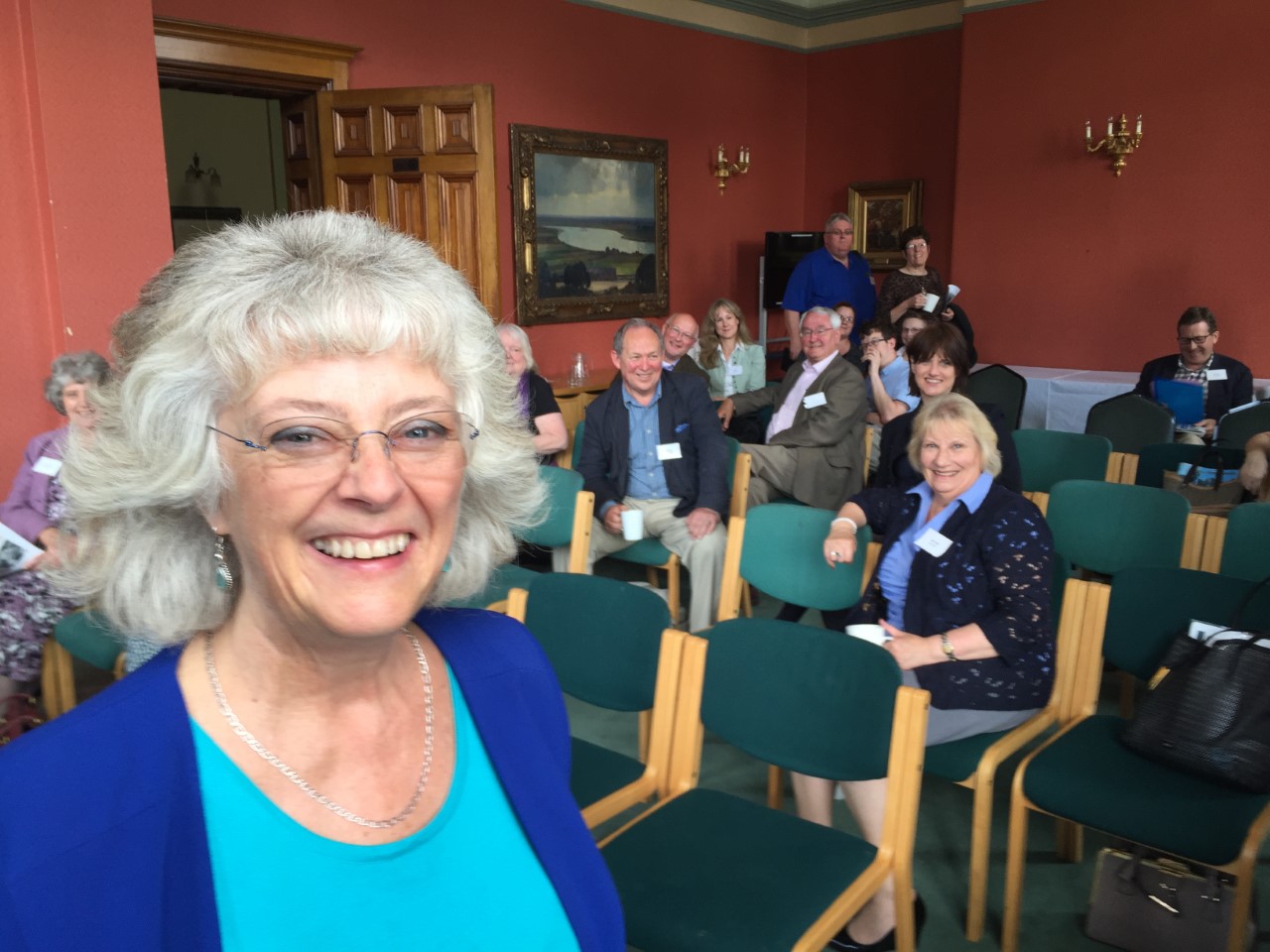 Candy is perhaps now best known for her work in diversity as the Chair of the Campaign for Gender Balance, and a passionate advocate for greater BAME and LGBT+ representation in our party.

In her professional life, Candy is Managing Director of Midas Training Solutions with wide experience in training in the UK and around the world. She has trained overseas on behalf of the British Foreign Office, the European Union and the UN. She was awarded an MBE in the 2014 New Year's Honours List, for services to politics and international democracy.

Her previous career background includes a degree in Microbiology, work in medical research and in major retail companies.

In the Liberal Democrats, Candy was the Deputy Director of Campaigns for many years. Among her many campaign highlights, she was Agent for the 1997 Winchester by-election, increasing our majority from just 2 votes to nearly 22,000.

Since then, Candy has written the “General Election Agent’s Manual”, with regular revisions and updates, for more than 20 years. She leads the Party’s accreditation scheme for volunteer trainers and runs hundreds of training courses for the party each year. She is a longstanding member of the Party’s Federal Board. 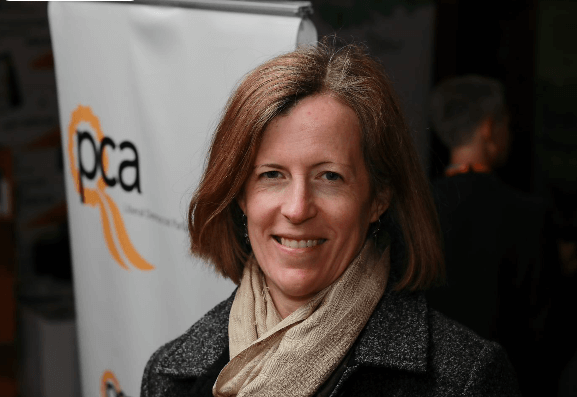 Emma Cherniavsky is Deputy Chief Executive for the Liberal Democrats. She joined LDHQ in 2014 as Director of Fundraising and has led their fundraising efforts with major donors through three general election campaigns and the EU referendum, raising more than £30M for the Party, including an £8M donation from Lord Sainsbury for the 2019 GE - the largest donation ever made to a political party.

She previously served as Chief Development Officer of the International Crisis Group, an international NGO in Brussels focused on the prevention and resolution of deadly conflict. She also spent a decade working in senior development roles for Human Rights Watch, helping build new fundraising committees for the organisation in the US, Canada and Europe as well as directing their office in Southern California. She has also worked for the Capital Group, the World Bank and the US State Department. Emma holds an MA from the Johns Hopkins School of Advanced International Studies and a BA from Brown University. She lives in North London with her husband, two children and the family dog. 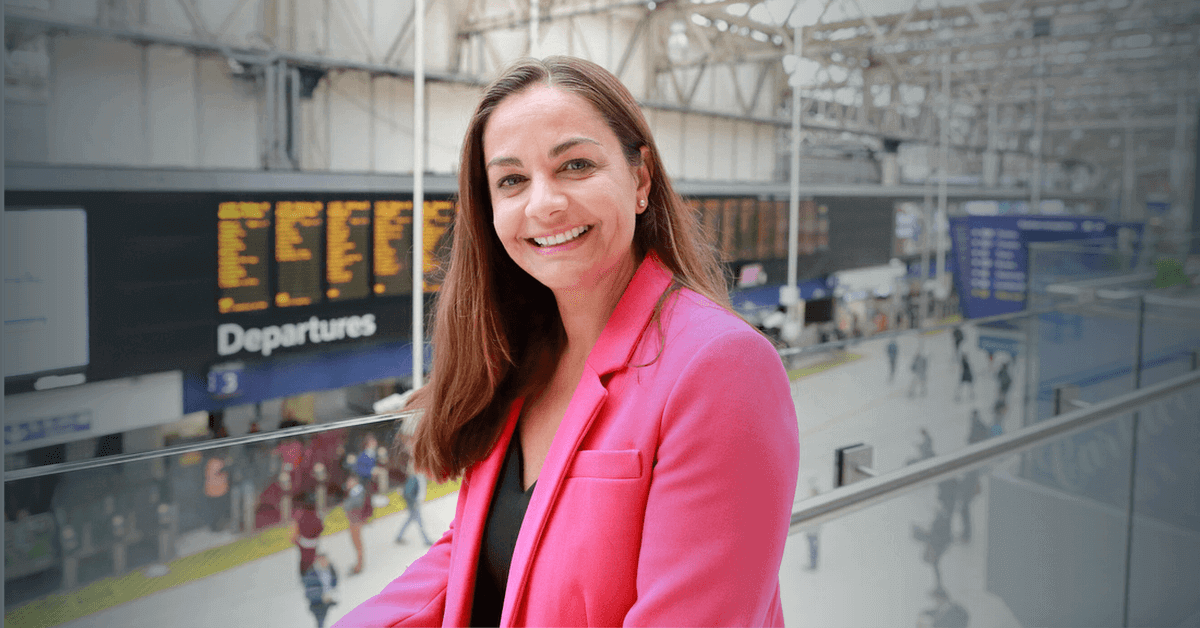 Siobhan Benita is the Liberal Democrat candidate for Mayor of London. Like so many Londoners, Siobhan loves our city but - from toxic air to knife crime to homelessness - she knows it must be better.

Born in Merton, to an Anglo-Indian mother and Cornish father, and now married to a Frenchman, Siobhan epitomises London’s unique diversity. Siobhan’s parents both went on to work in the public sector. Their work shaped Siobhan’s appreciation of the vital role public services play in people’s lives.

Siobhan worked as a senior civil servant at the heart of government for 15 years so has vital experience for running London. She worked in all the departments that the Mayor of London and City Hall work with - transport, local government and the environment. She knows how to get things done.

Siobhan’s vision is for a safer, greener, kinder London where people and businesses thrive. 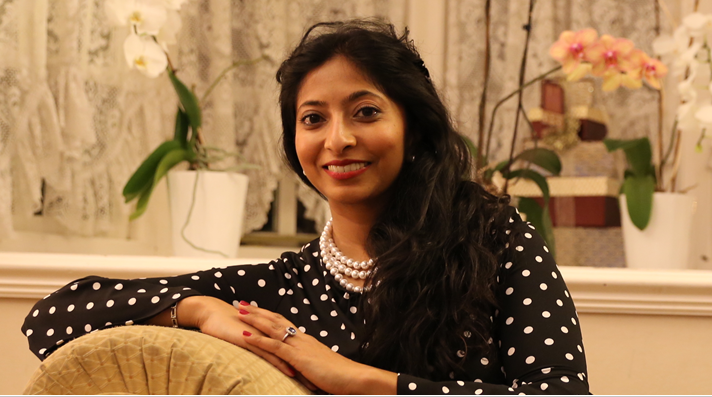 Isabelle is Vice President of the Liberal Democrats and a member of its Federal Board. She advocates on the issues of justice, equality, education and poverty as Patron of The Liberty Network for political donors and Trustee of The Paddy Ashdown Forum think tank. Previously, she was Spokesperson on Brexit for the West Midlands and Vice Chair of the London Region and Lib Dem Women. She is a past Parliamentary and GLA candidate.

Professionally, Isabelle works nationally and internationally as Head of Chambers of a legal practice/HR consultancy she founded, following a lengthy career as a barrister in the public, private and charitable sectors. She specialises in regulatory compliance, conducting internal Inquiries into organisations accused of discrimination, professional misconduct and sexual impropriety via her role as Special Investigation Counsel.

In addition to holding teaching qualifications, Isabelle is a former school governor and trustee of educational charities.
On a personal level, she was born in East London to Indo-Caribbean 'Windrush' parents. She and her husband have four young children. 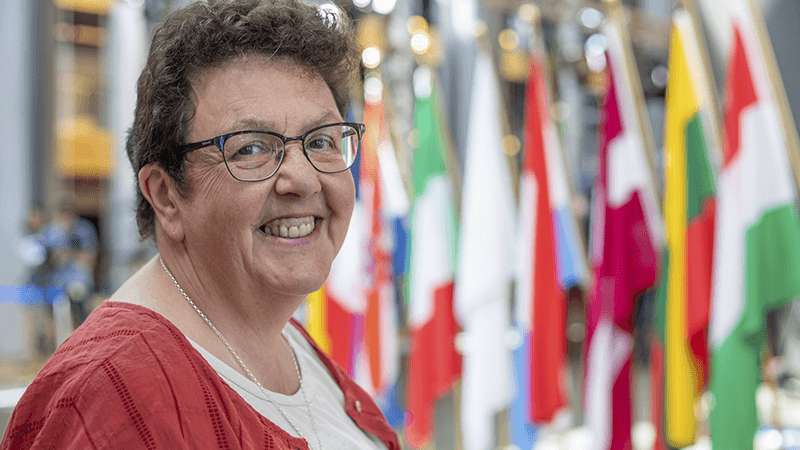 Sheila Ritchie, Convenor of the Scottish Liberal Democrats, and former MEP for Scotland, has been an activist in the Party most of her adult life. She studied at Aberdeen University, where she first voted Liberal. A Liberal councillor had her out knocking on doors before her feet could touch the ground. She joined the Liberal Party in 1980.

Sheila has fought a lot of campaigns for other people (she can’t remember how many, but we won most of them, and the highlight was Gordon in 1997, - a stonking victory for Malcolm Bruce) and two for herself. She was a councillor from 1988-1996, when she stepped down. She has worked to get Liberal Democrats elected across the whole of the United Kingdom.

She has sat on tons of committees, including Constituency Associations, Local Party execs, campaign committees, ALC, ASLC, the working party that the wrote the merged party constitution, and now the Scottish Exec and about a dozen ex officio places that come with being Convenor of the Scottish Party.

She has been inspired by the great women Liberals and Democrats of the past, including Shirley Williams, who never shirked, but is constantly amazed (in a good way) by the young women in the Party today. 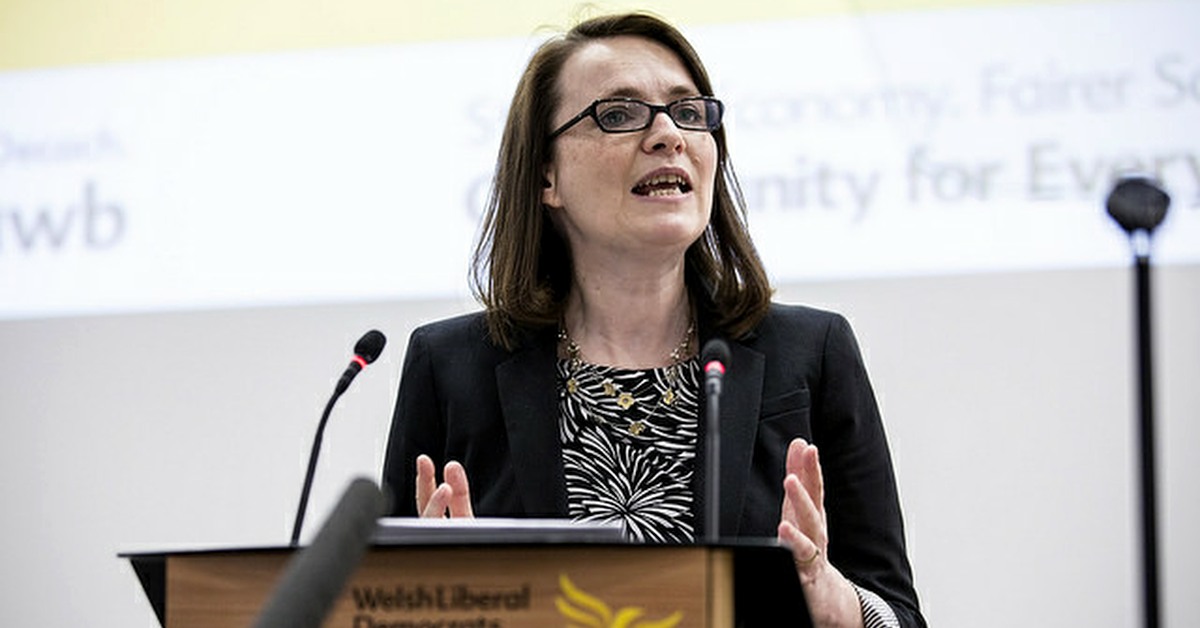 Kirsty Williams has been Wales’ Education Minister since May 2016. She entered government following an agreement with the previous First Minister, leading a “national mission of education reform” at all levels.
She has been the Assembly Member for Brecon and Radnorshire since 1999 and was leader of the Welsh Liberal Democrats 2008 – 2016. She was the first female leader of a Welsh political party.

During her time as leader, Kirsty cites her proudest achievement as being the establishment of the ‘Welsh Pupil Premium’ – which has led to more than £400m additional funding targeted at Wales’ most disadvantaged pupils. This was secured in exchange for the party’s support for the Welsh Government’s Annual budget.

As a Government Minister, Kirsty leads the Government’s education programme, which includes reducing infant class sizes, delivering the most equitable and progressive student support system in Europe, and transforming the school curriculum. She has recently overseen Wales’ improvement in all domains in the international PISA results.

She is married to Richard and the couple have three daughters. They live on the family farm outside Brecon. 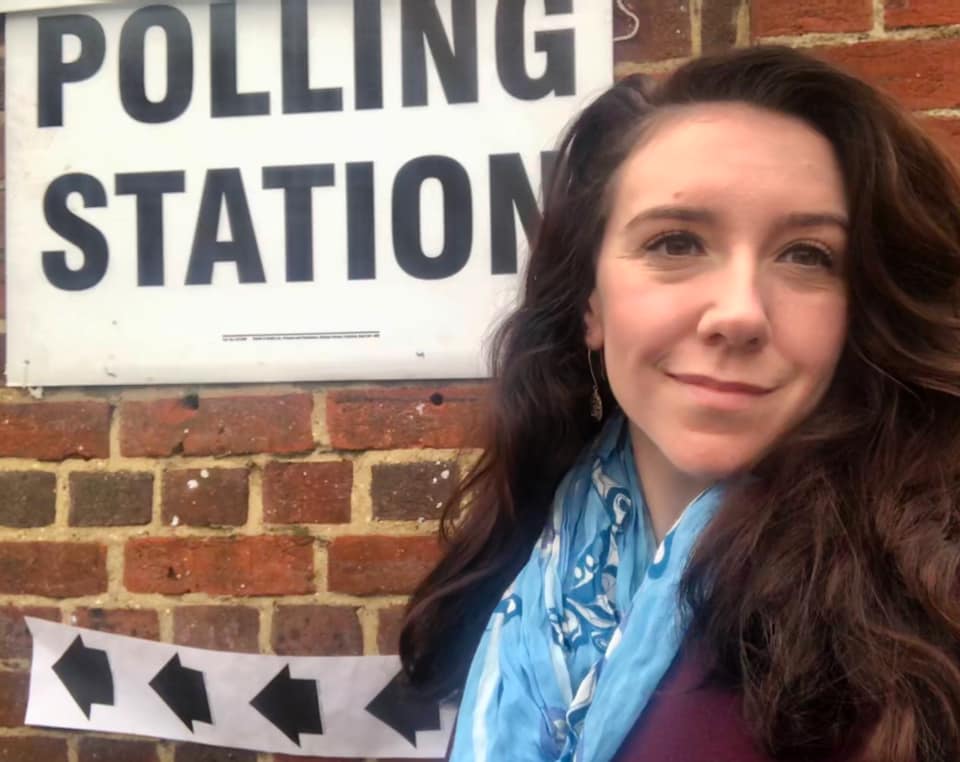 Tara was born and raised in Vancouver, Canada where she first began volunteering with the Liberal Party of Canada and the BC Liberals. She arrived in the UK to study history at the University of Edinburgh and took some time off politics while focusing on her undergraduate degree. Upon graduation she moved to London and joined the Liberal Democrats in 2017.

She got involved with the Young Liberals a few months later, becoming elected to Policy Committee and the then later being co-opted as Policy Officer. She held the post of Policy Officer for two years, co-authoring and successfully submitting two policies on behalf of the Young Liberals to Federal Conferences ('No to Unpaid Internships, Yes to Real Opportunities' Spring 2019 and 'Young Carers' Autumn 2019). In September 2019 she returned to higher education to study for her Masters in History at Goldsmith's University and in November she was elected to the Federal Policy Committee and as Chair of the Young Liberals.