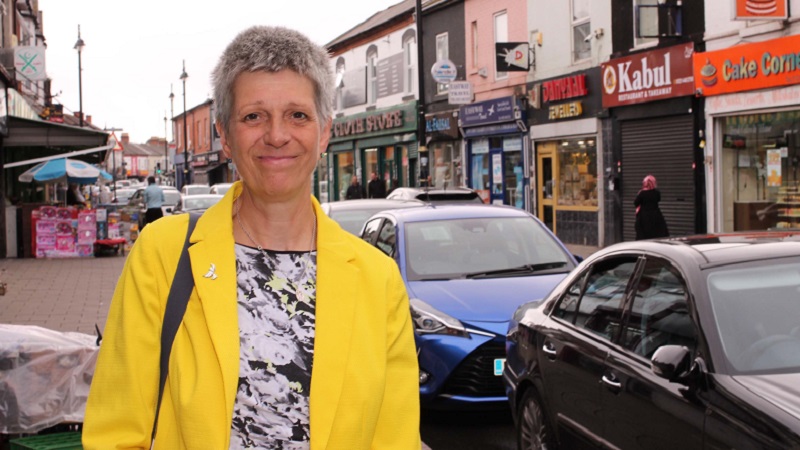 Izzy has lived in the Hall Green constituency for over 40 years, She moved to Birmingham to work in a children’s home but later joined West Midlands Police, working on response, criminal justice, custody and as a Neighbourhood Sergeant. After retirement she worked as an outreach worker with homeless and vulnerable people

Izzy has been described as a community activist. If she sees a problem she wants to learn what the issues are and be part of the solution. She is an active volunteer in a number of different organisations, which gives her insight into housing, policing, environmental issues, homelessness and local business.

Izzy entered politics in 2017 after becoming dismayed at the direction the country was taking after the EU referendum.
She passionately believes that as a country we are safer, stronger and better off inside the EU, working hand in hand with our friends and neighbours, with the deal we already have. She is a tireless campaigner for the remain campaign, having led protest marches locally and spoken at Peoples Vote rallies

Izzy feels that having lived, worked and volunteered in the area for most of her life she is in a good place to understand and tackle the very many issues that matter to people, such as local policing, crime, fly tipping, pollution, poor levels of recycling and dirty streets, and to take on injustices that prevent people succeeding in life such as the housing crisis, mental health, lack of funding for hospitals, schools, inequality, prejudice and racism.

As an MP Izzy will be highly visible, hands on, local, accountable and contactable and when someone needs help or advice she will be there for them because it doesn’t matter who they are, or what their politics are, everyone matters and we can always find common ground.