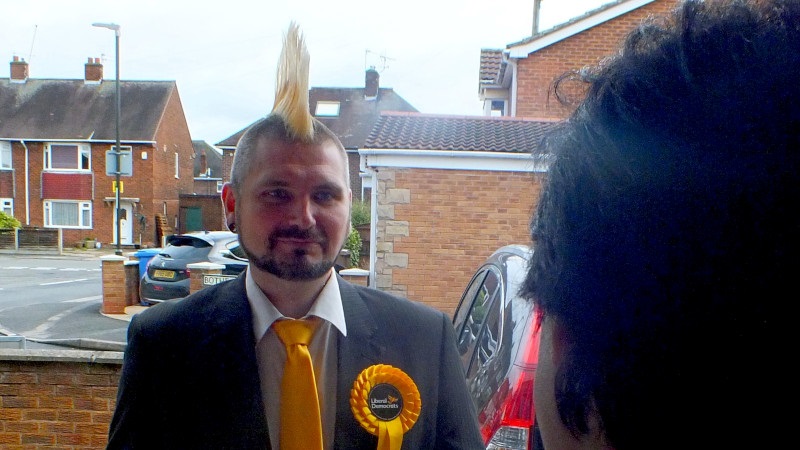 James went to school in West Bridgford in Nottingham before studying at Birmingham University, graduating in 2001 with a degree in Physics. He has gone on to use his degree, working in scientific software and analysis; and is now an Engineering Group Leader at Rolls-Royce in Derby. He now lives in Long Eaton, with his partner and two dogs.

James was promoted to a first line people leader in 2015 a role that involves, coaching, supervising and mentoring other members of staff, and coordinating and delivering projects of significant size and difficulty. He is confident presenting on any complexity of topic from lean management techniques to complex technical papers.

He has been a Union Health and Safety Rep and through this, he developed an interest in the Law culminating in the achievement of a Masters in Law in 2016, through the Open University, covering topics such Business and Human Rights Law, International Law and Criminal Psychology. His dissertation focussed on the area of Hate Crime and Equality Legislation particularly concentrating on alternative subcultures.

James’ punk appearance reflects his taste in music as much as it does his belief that people should be allowed to express themselves in their appearance and not be disadvantaged for identifying with a particular subculture. Indeed his love of politics and political punk have shaped his life, he met his partner at a punk gig in 2010 the day before taking part in a climate change march.

His commitment to fighting climate change has extended into his dietary choices and he has been a vegan since 2007. He has also fitted solar panels and moved from gas heating to a heat pump at his home, in Long Eaton, and drives an electric car. James is also a member of the Green Liberal Democrats.