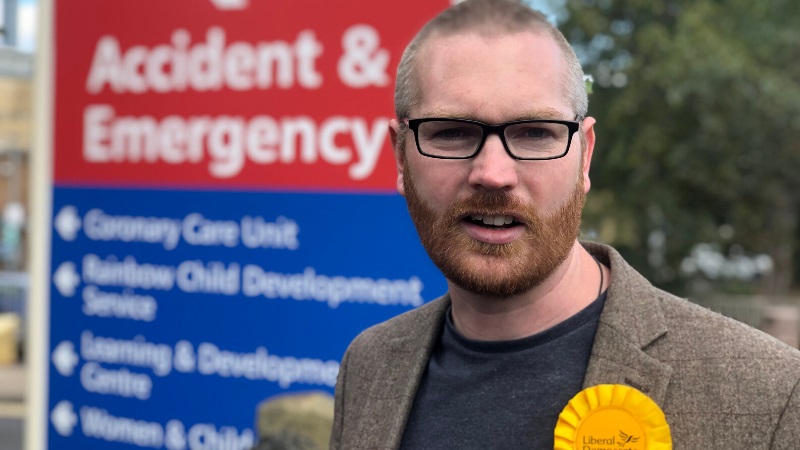 James Baker has represented Warley Ward in Halifax as a local Councillor since 2012. He is the leader of the Liberal Democrat group on Calderdale Council.

Before entering politics, James worked in a variety of jobs: Working for the co-op, then as an administrator in Higher Education before running his own printing business.

James first entered politics through his involvement in single-issue campaigns. He managed the NO2ID campaign that successfully blocked the introduction of ID cards. He is a respected civil liberties campaigner with a track record of campaigning success. A Government Minister described the NO2ID campaign as one of the most successful in History.

In his role as a Councillor, James Baker has a proven track record as local campaigner standing up for Halifax. His achievements on the Council include: Introducing a multi-million-pound affordable warmth scheme; getting a new play area built on Sandhall Green; saving a community centre on Rye Lane; introducing climate change targets and improving transparency on the Council. Most recently he has been campaigning against fly-tipping and litter that blight much of Halifax.

James lives in Calderdale with his family. If elected to represent the town he will campaign for Yorkshire Devolution so that our region has more control and influence. Campaign to increase skills and employment opportunities in Halifax, and fight to ensure the local hospital where both his sons were born gets the funding it needs.