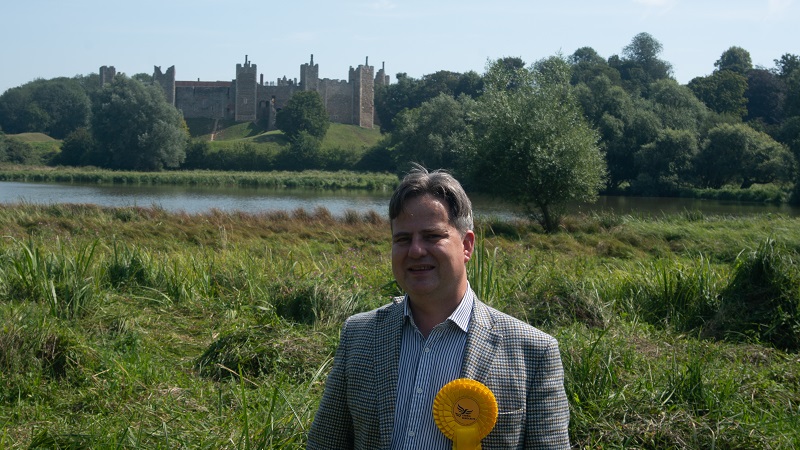 James Sandbach is a Town Councillor for Saxmundham who stood for the Lib Dems in Suffolk Coastal in the last two General Elections, and has also been a Parliamentary candidate in Essex (Castle Point 2005) and London (Putney 2010). He is the Director of Policy and External Affairs for a National Legal Advice Charity (LawWorks – the Solicitors Pro Bono Group), and has held senior management and policy roles in number of law related charities and non-governmental organisations, such as the Legal Action Group and Citizens Advice. He has run several successful campaigns on disability issues, consumer rights and access to justice, often leading to a change in the law. He is chair of Rights-Liberties-Justice, the Liberal Democrat Lawyers Association, and has been an active Lib Dem campaigner since University, which was followed by a stint working for Lib Dem MPs in the 1990s. As well as being called to the Bar (non-practising Barrister) he is - like the incumbent constituency MP - a "doctor", but not a medical one (although he's married to a local medic), rather his doctorate was in political science, with particular expertise in failed states - which he never thought could happen in the UK.