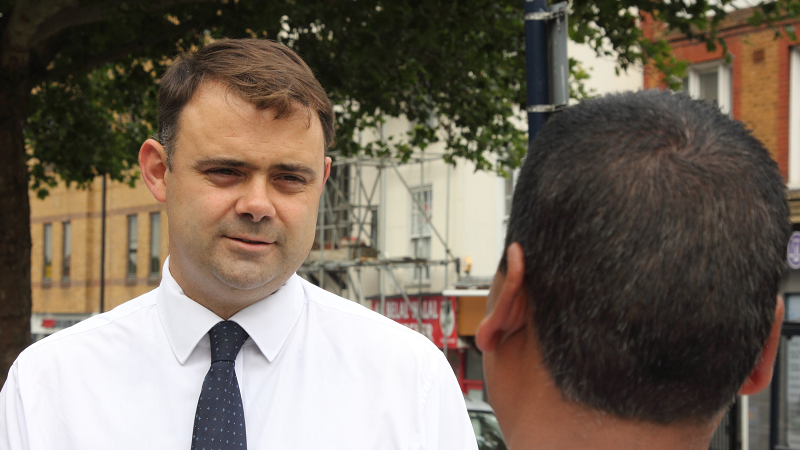 James has lived and worked in Kent most of his life, he cares about people and relates quickly and effortlessly to everyone he meets.  Liberal Democrat to the core, he was elected to Maidstone Borough Council in 2014 and rapidly established a reputation as a fearless and effective representative.  He has become an energetic campaigner, particularly on environmental and transport issues, and he believes in working with community groups to get results.  James has led several campaigns to support local public services and to protect green spaces.

As a family man, he is well aware of the problems facing young families. He would be a truly local champion for everyone, young and old and would devote himself tirelessly to serving the community he loves. James says;

"We are very fortunate to call The Garden of England our home but there are problems in Maidstone and The Weald of which traffic congestion and resulting air pollution are probably the most pressing.

"The Conservative Government and their chaotic mishandling of Brexit have cost taxpayers here in Maidstone and The Weald millions.  It has also brought chaos to our roads. Remember Operation Stack? The Tory Brexit ‘solution’ Operation Brock, proved to be shambolic for the few days it was in operation! Imagine what it will be like if Brexit goes ahead.

"It is time to repair the damage caused by years of Tory austerity by major increases in funding for our children’s education, our health services and the police.

"I promise to work tirelessly for the residents of Maidstone and The Weald."