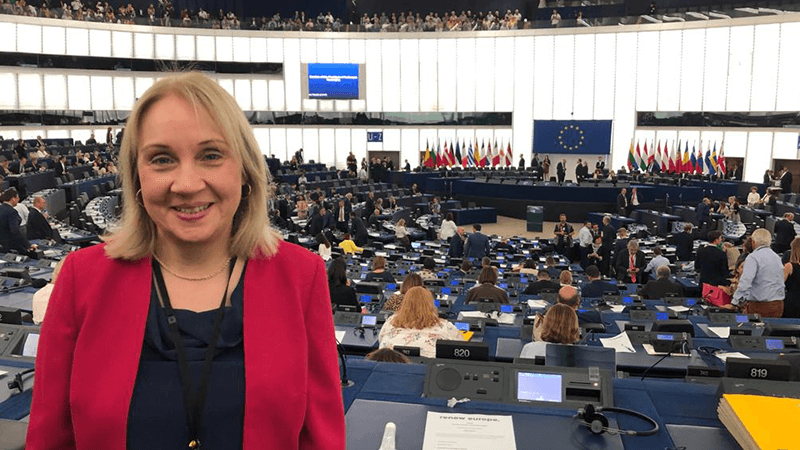 Jane Brophy MEP took office on July 2nd 2019 to represent the views of the North West of England in Europe as a Liberal Democrat MEP.  Jane sits on the committee of Employment and Social Affairs and the Delegation to Brazil. She also sits as a substitute member on the Environment, Public Health and Food Safety committee and the Delegation to Afghanistan.

Jane is particularly concerned about climate change and health and wellbeing policy. She will be working hard in her positions to fight for more ambitious climate change targets and ensuring support and opportunities for all.

As a Liberal Democrat MEP in Europe, Jane is part of the Renew Group. It’s a pro European political group strengthening ties and alliances to build a free and fair Europe.

Jane has been elected as a Metropolitan Borough Councillor in Trafford for 19 years and is currently Liberal Democrat group leader. She has done this role alongside her work as an NHS Allied Health Professional, working in the field of Dietetics, specialising in diabetes education.

Jane is a dedicated campaigner and activist for the Liberal Democrats, focusing strongly on environmental issues as an executive member of the Green Lib Dems. She has been parliamentary candidate in Altrincham and Sale West for the last three elections and ran for Greater Manchester Metro Mayor in 2017.

Jane has two grown up sons and a daughter plus two cats. She has been married to John since meeting him as student at the University of Leeds. In her spare time, Jane enjoys running, family time, music and playing the clarinet.